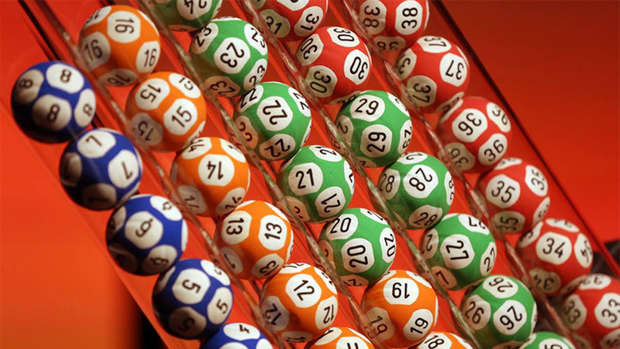 Two lucky Lotto tickets are worth more than $19 million each after the bumper $38 million Powerball jackpot was struck tonight.

The two players were both from Auckland and will each bank $19,142,857 with tickets purchased online via MyLotto.

Lotto's website and app are both experiencing problems tonight as thousands of punters up and down the country try to check their tickets.

"There was a lot of excitement around the country in the lead up to tonight's draw and we're thrilled that two lucky players have won big with Powerball tonight," said Kirsten Robinson, senior corporate communications manager at Lotto NZ.

"This year is shaping up to be a lucky one for Powerball players, with 14 Kiwis winning big with Powerball so far this year. We're looking forward to celebrating with New Zealand's newest multi-millionaires – the champagne is on ice!"

Five other Lotto players will also be celebrating after winning $142,857 with Lotto First Division tonight.

Meanwhile, a lucky Strike player from Waikato will also be celebrating tonight after winning $500,000 with Strike Four. The winning Strike ticket was sold on MyLotto.

Are you a winner?

The bonus ball was 9 and the Powerball was 2.

Lotto said it is experiencing issues with its app and MyLotto because of high demand as players up and down the country try to log-in to check if they've won big tonight.

In a message on its Facebook page, Lotto said. "There's a lot of excitement for tonight's draw and MyLotto is currently experiencing high demand - so if you have trouble accessing MyLotto or the Lotto NZ App, please try again later."

Some punters have been met with an error message telling them "this service is temporarily unavailable" as they tried to check their numbers.

The $38m Powerball jackpot would have been the second-equal largest payout of Lotto NZ history if won by a single ticket, after two ticket holders split the same figure in 2017.

Meanwhile, the Dairy Flat Food Mart & Liquor store in Albany, which sold the winning $44m ticket in 2016, had been flat out recently.

A spokesman for the business told the Herald yesterday it had been "absolutely crazy" with hopeful punters buying tickets for the mammoth draws.

"On Sunday we were busy, busier than normal," he said. "Yesterday we were quite busy and today from the morning we've been quite busy."

It was expected that over 1.7 million tickets had been sold for tonight's draw.

There have been 12 Powerball winning tickets this year, the largest pocketed by a Taranaki woman, who struck big in a $22.3m jackpot in January and spent a month holidaying in Europe with family afterwards.

Next, she's heading to Japan for the Rugby World Cup semis and final - hopefully, played and won by the All Blacks.

"It's been a bit of a whirlwind year — a complete rollercoaster of emotions. Even now, I still can't quite believe it happened," the woman said.

"I've got my whole life ahead of me, so I want to make sure that whatever I do next is something that love and enjoy."

More than 1.7 million tickets were expected to be sold for a chance to claim Wednesday night's draw, Lotto NZ said.

Around 1.6m ticket sales for Saturday's unclaimed $32m draw, the equivalent of each Aucklander buying one ticket.

Financial advisers have been warning potential winners to avoid putting all their eggs in one basket or splurging all their new-found cash if they win big.

The advice has been - to get advice before living it up large.

"It's pretty cliche that people who come into money end up broke, so getting advice from qualified people is the first step," Matt Henry, head of wealth management research at Forsyth Barr, told the Herald.

"What you're looking for is a prudent, sensible, diversified portfolio that's going to stand you in good stead over a long period of time."

Lotto NZ offers an advice booklet to winners with tips about how to handle their winnings wisely.

There, winners were given tips, tricks and advice from Lotto NZ about adjusting to life as a Powerball winner.

They would also receive a copy of Lotto NZ's winner's book, filled with things to think about over the coming days, weeks and months.