• Up to 30 dead in the incident.
• More than 100 people have been injured.
• The man behind the wheel in the truck fired shots into the crowd after the crash.

At least 30 people are dead after a truck ploughed into a crowd celebrating Bastille Day on the Promenade des Anglais in Nice, France during a firework display.

Images coming out of the city showed about a dozen people lying on the street, some being attended to, and videos posted online showed people fleeing in panic.

A fire has now erupted at the Eiffel Tower in Paris.

A journalist from the Nice Matin newspaper said from the scene that there was "a lot of blood and without doubt many injured".

An Agence France-Presse (AFP) reporter said the truck drove at high speed on to the Promenade des Anglais, near the waterfront of the French Riviera town. 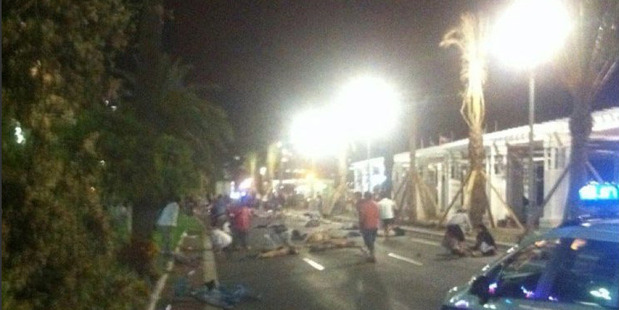 Keep up to date with the FULL STORY at nzherald.co.nz