Members of Eagles of Death Metal returned to the Bataclan a month after the massacre during their concert.

Ninety people lost their lives in the attack, including their merchandising manager Nick Alexander. Frontman Jesse Hughes thanked fans and U2 for their support. Photo / Getty 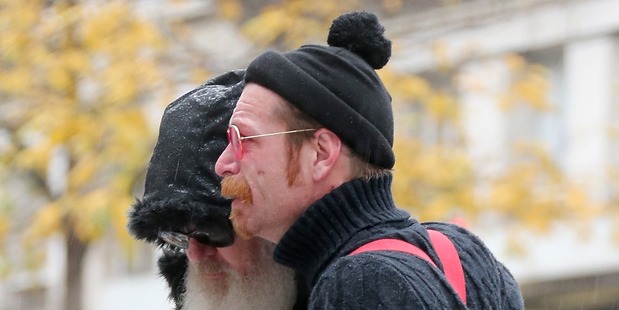 Dave Catching and Jesse Hughes show their emotions as they looks at the flower memorial in front of The Bataclan concert hall. Photo / Getty

U2 brought Eagles of Death Metal out as special guests the evening before at their Paris show - see the video above. 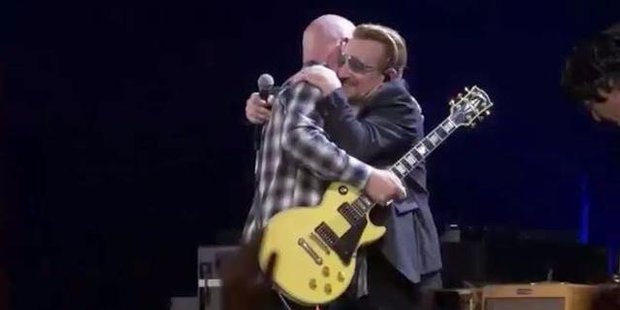 Eagles of Death member Jesse Hughes thanked fans and U2 for the night.

"We are incredibly grateful to U2 for providing us the opportunity to return to Paris so quickly, and to share in the healing power of rock'n'roll with so many of the beautiful people - nos amis [our friends] - of this great city."