An elderly returned serviceman was not allowed to join the Anzac Day dawn service march because organisers said wheelchairs "slowed the parade down", according to his family.

Gareth Moore took his 93-year-old wheelchair-bound grandfather, Allen Moore, to the dawn parade at Auckland War Memorial Cenotaph on Monday. But he was shocked when five veterans in wheelchairs were told they could not take part in the march and would instead be met at the cenotaph.

A co-organiser of the event, the Auckland Returned and Services Association, admits wheelchair users were discouraged from taking part because of health and safety concerns. A place of prominence was assigned for them at the cenotaph instead. The RSA denied banning wheelchairs, but promised to address any concerns in future parades.

Auckland Council said it was disappointed a veteran was told he could not participate and is investigating the matter. 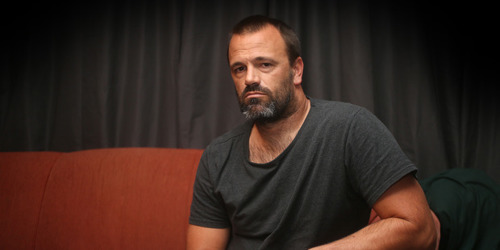 Gareth Moore said the same promise was made last year after his grandfather was unable to join the march. So he was gobsmacked when the organiser said wheelchairs were not allowed in the procession and would be met at the cenotaph again.

After Gareth Moore's questioning on Monday, the organiser replied that he wasn't a politician and was just following orders.

"I said, 'It's ridiculous, these men served, they deserve to be in the march' and he said to me, 'They slowed the parade down'."

It was even more upsetting when his grandfather said, "I think we are supposed to join this group" as they passed other war veterans on the way to a spot at the cenotaph allocated for wheelchairs.

"These guys are all in their 90s, they are the last of the World War II veterans, they deserve better than this but some of them probably don't understand why they are not allowed in the parade."

Gareth Moore said this year the procession route had changed and a narrow concrete ramp had been taped off to keep it clear from the public. The non-participation made even less sense given provisions had been made for wheelchairs.

But Auckland RSA president Graham Gibson said it had made the decision with the veterans' best interests at heart because the road up to the cenotaph was difficult for wheelchairs.

"I know some of the old boys like to march, but it's tough and it's very, very difficult and we generally are looking after their safety.

"You imagine the consequences if something happened on that way up."

Asked about whether wheelchairs would slow the parade down, he said: "If you have half a dozen ... wheelchairs it would make it a little bit harder and we are very conscious of their safety in the whole thing."

Mr Gibson said he had promised Gareth that Mr Moore would be in the march next year if that was what he wanted and would make sure the health and safety rules were met.

Auckland Council events manager David Burt said it strived to ensure the service was easily accessible to all Aucklanders who attended and participated. "Returned servicemen, their friends and families, are welcome to take part in the parade, regardless of ability."