Rachelle Chapman is on a mission to challenge people's attitudes and the stigma associated with people with disabilities... like herself.

The 29-year-old North Carolina wife became known as the "Paralysed Bride" after she fell into a swimming pool in 2010 at her bachelorette party, fracturing the C6 vertebra in her neck. 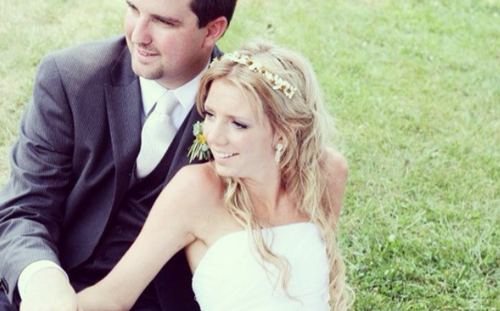 Rachelle has posted "sexy" photos on her Instagram to now become known as something else- a sexy, young woman.

On May 23, 2010 I was paralyzed in an awful accident that would not only change my life, but the lives of those around me.My body changed and it's ability to do what I wanted it to do faded.

With that came some serious body image issues that were only augmented by my catheter. I saw in the media this seemingly overwhelming consensus that people with disabilities are unlovable, asexual and just plain not sexy.

I wanted to do something for not only my confidence , but for anyone in my situation who thinks they aren't beautiful because of a flaw.

The paralysis is part of me. The catheter is part of me, but neither is all of me. Confidence will outshine flaws. I'm doing this for those who can't see past a wheelchair. I'm doing it to show that we are capable, sexual beings and we are not to be overlooked. I'm not glamorizing disability.

My paralysis is an awful part of my life and I hope for a cure. But, in the meantime I need to love myself. SO. I'm calling on social media to mention something you love about yourself with the hashtag ‪#‎WhatMakesMeSexy.

Let's have a day of self love, spreading a positive message instead of tearing ourselves and others down!