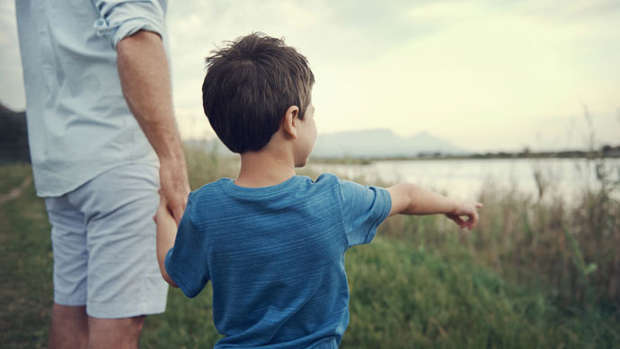 In his book, “Children Who Have Lived Before: Reincarnation today,” German therapist Trutz Hardo shares extraordinary case studies of children from around the world who remember details of their past lives. One child in the Golan Heights, a region near the border of Syria and Israel, has a tale that will give you goosebumps.

A three-year-old of the Druze ethnic group, a group of people for whom reincarnation is a core belief, told his elders that he knew what had happened to him in his past life: He was murdered. The boy, whose story was documented by Dr. Eli Lasch and then told to Hardo, was born with a long, red birthmark on his head. For the Druse birthmarks like these are an indication of death wounds, says Hardo, and children born with them are paid close attention to for anything they may remember of their past lives.

“As soon as a child is born its body is searched for birthmarks, since they are convinced that these stem from death wounds, which were received in a past life,” Hardo writes.

If such marks are found on a child they try to discover something from his or her past life as soon as the child is able to speak in order to get the first clues to the circumstances of his or her former death.”

Once this particular child turned three and could speak, he told his elders that he was killed by an axe blow to the head. He was led through villages to see if he could remember where he lived, until he came to one that seemed familiar to him. The child said he remembered both the first and last name of his killer with complete clarity.

Hardo writes that the boy confronted a man he’d never met but knowing his full name, claiming him to be the murderer.

“Suddenly the boy walked up to a man and said, “Aren’t you … (Eli [Lasch] forgot the name)?” The man answered yes. Then the boy said, “I used to be your neighbour. We had a fight and you killed me with an axe.” Eli told me how the man had suddenly gone white as a sheet. The three-year-old boy then said, “I even know where he buried my body.”

Lo and behold, the boy led the elders to the exact spot, a pile of stones, under which there lay a buried body. The buried man’s skull showed a split in the front. The boy also led the group to the spot where the axe was buried, forcing the accused killer to eventually confess his crime.