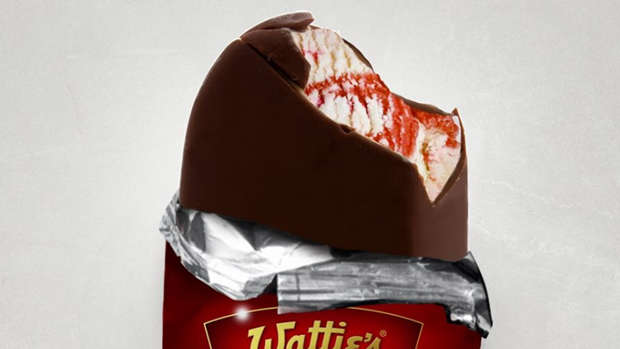 Over the year, Tip Top Ice Cream has unveiled some amazingly delicious out of the box ice cream flavours thanks to mashups with other Kiwi companies such as Whittakers and Griffins.

But there latest flavour concoction has New Zealanders very confused ...

We really do not know how we’re supposed to feel about this wild creation, which features French Vanilla ice cream with a Tomato Sauce Ripple.

Many on social media wondered if this was an early April Fools joke, while others joked that they would love to watch their kids’ faces as they bite into the confusing ice cream.

And of course, the majority of people were just grossed out by the idea.

"Just because you can doesn't mean you should," one person wrote.

Fingers crossed that that is the case! Because tomato ice cream really should not exist ... Blegh!