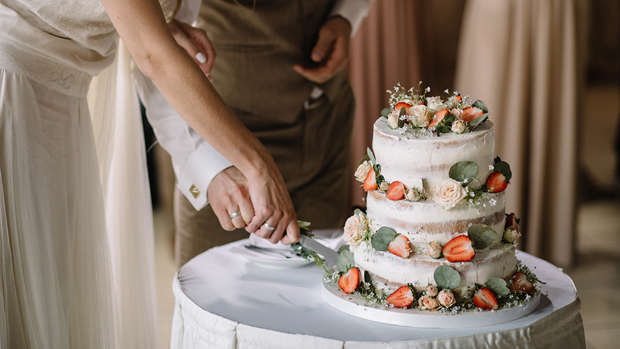 A man's joke about his brother's wedding cake has backfired terribly - kicking off a family feud.

The brother shared what happened on Reddit forum "Am I the A**hole", asking users for advice on what to do.

"Growing up my brother and I would play pranks on each other. I say each other, he would prank me. Relentlessly," he explained.

He went on to share an anecdote about his brother pranking him with a jar of cookies.

"Grandpa was an amazing baker and he made me a batch of cookies for my birthday (9th birthday I believe) which he'd seal in an airtight glass box for me.

"I don't know how, or when, but my brother got a hold of this box and proceeded to, well, fart in it. Then sealed it back up.

"On my birthday he handed me the cookie box and said 'Grandpa put some extra stank into this batch'."

On opening the cookies, he was "blasted in the face" by the stench and he vomited over the baked goods.

"Fast forward to now. My brother's wedding day," he wrote.

"Ceremony is over, all went well and onto the reception. They're posing for photos before cutting the cake, and I don't know why it came to me, but I just leaned over to my brother as his wife was about to take a bite and said 'I put some extra stank into the cake'."

The prank backfired spectacularly when instead of laughing the joke off, his brother "slapped the cake out of" the bride's hands and then whispered something into her ear before she started crying.

The groom reportedly thought his brother had defecated into the wedding cake.

"I told him I didn't and it was just a dumb joke, but he was too mad to listen," he wrote.

"These people are being really harsh," one person wrote.

"They overreacted big time and clearly think very lowly of you if they think you'd even do something like that," wrote another.

After being so mortified that he had to leave the wedding, the brother shared he has not spoken to his family since - but plans to apologise soon and "hopefully, smooth things out".