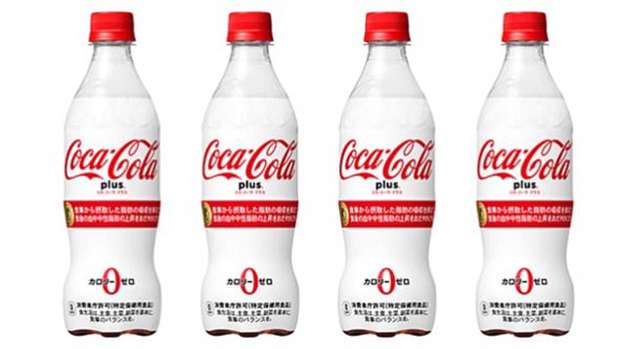 Coke's flagship cola is being sold as a health drink of sorts in Japan, with a version that promises to deliver fibre.

'Coca-Cola Plus' has shipped in white bottles and is designed to go alongside meals, according to the Daily Mail.

"Drinking one Coca-Cola Plus per day with food will help suppress fat absorption and help moderate the levels of triglycerides in the blood after eating," the company said in a press release.

It claims that the drink is a result of "more than a decade of research and development".

The launch of Coca-Cola Plus was noted by the company in Japan, as well as Canada Dry Plus that has fibre.

Coca-Cola Plus hit shelves in March, the company said, and is being marketed to the 40-and-over crowd.

The company said this group is driving the growth of the country's "food of specified health use" (FOSHU) products.

"We hope people will drink it with meals."

Japan is home to the world's largest ageing population.

"Being an ageing society has made it a unique market where consumers are extremely health-conscious and seek functionality," Dr Machiels said.

Coke is the top beverage maker in the country, but not necessarily because of its namesake drinks.

Instead, the bigger brands include a canned coffee, orange-flavoured water and green tea.

Coke also introduced a tea with fibre in Japan in 2014.