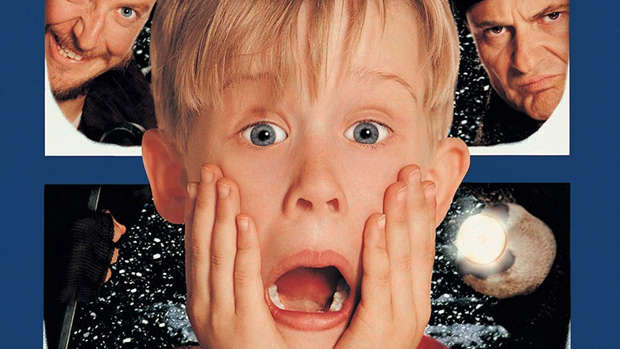 It’s one of the world's favourite classic Christmas movies and held up since the '90s, but now Disney is wanting to reboot Home Alone and we’re not sure how we feel about it ...

That’s right, there is a reboot in the works of the iconic flick.

The original Home Alone – which launched the career of child star Macaulay Culkin - was released more than 25 years ago and Disney chairman Bob Iger says that now is the perfect time for the movie to be "reimagined" for a "new generation".

Fans of the 1990 movie – which was directed by Chris Columbus – weren’t happy about the news and quickly took to social media to voice that "nobody wants this".

Disney wants to reboot #HomeAlone Nobody wants this. Want proof? There are 4 sequels to Home Alone that nobody cares about.
The first movie was perfect. No reboot or sequel will ever recapture the magic that was the orginal. pic.twitter.com/tvJMTiUJSl

"Disney wants to reboot Home Alone. Nobody wants this," one person wrote on Twitter. "Want proof? There are four sequels to Home Alone that nobody cares about.

"The first movie was perfect. No reboot or sequel will ever recapture the magic that was the original."

Home Alone is a classic. Just leave it alone pic.twitter.com/LtFv4L5uY9

"Home Alone is a classic. Just leave it alone," another added.

Just when I thought I couldn’t take anymore this year, I learn that Disney wants to remake Home Alone #HomeAlone #Disney pic.twitter.com/vIA5vfK8AL

Another joked that Culkin should reprise his role for the upcoming remake.

Macaulay Culkin should be in the Home Alone remake. Everyone should just act like he's still 8 years old and not acknowledge him actually being 38. pic.twitter.com/NMTrYLe2Cn

The former child actor himself even took to Twitter as well to show "what an updated Home Alone would actually look like".

He added in a second tweet: "Hey Disney, call me!"

While there are few details about the Home Alone remake, it will apparently be available on the Disney+ streaming service, which launches in November in the US. A release date for New Zealand has yet to be announced.