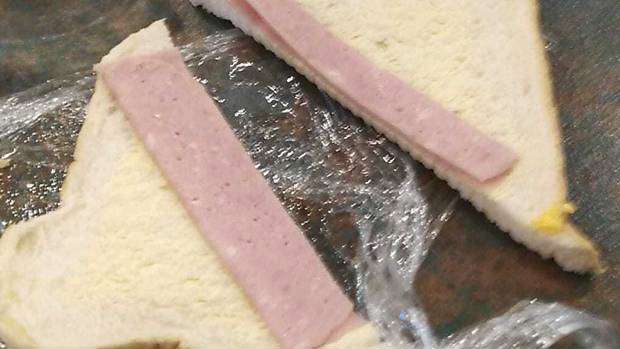 First Kiwi customers had been treated to an abusive McDonalds worker, then to the rudest cafe owners in New Zealand, and now what seems to be the worst NZ bakery ham sandwich ever made.

Another food chain in New Zealand has caused controversy after a South Auckland resident shared a photo on a local Facebook page a photo of what is meant to be a ham sandwich, claiming it came from a South Auckland bakery.

The minimal lunch item had been branded as "terrible" and "disgraceful" by others on the social media post, with some writing he should have received a refund.

Others complained about previous meals they had bought from the bakery.

"I've had the same from them ... they stacked it three layers high at the front and nothing at all at the back of the sandwich," one person wrote.

Another added: "Don't try their eggs benedict! Two small pieces of toast, sandwich ham and some slop of sauce."

Some found the lighter side of the post, making jokes about the sad meal.

"Butter sandwich with a bit of ham on the side," one person joked.

Another wrote: "Fuel prices go up and so does the ham."

However, some speculated that the post was fake and that it could have been made up for attention.