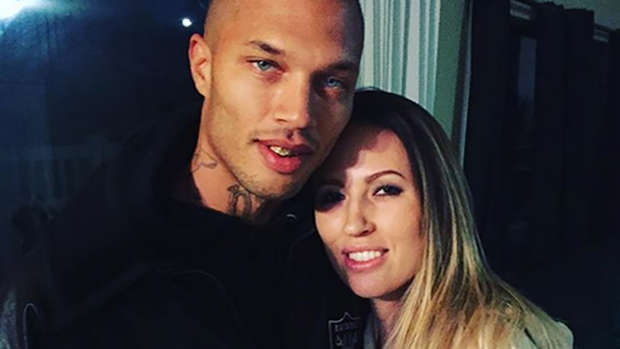 The spurned wife of Hot Felon Jeremy Meeks has claimed she suffered a miscarriage after seeing photos of him kissing TopShop heiress Chloe Green.

Melissa Meeks said she was in the early stages of pregnancy when she saw the images, taken during a romantic break to Turkey, reports the Daily Mail.

It was then she realised her marriage to the former convict, with whom the mother-of-three has one child, was over.

"Not only was I grieving the loss of my life and my husband, I also had to grieve the loss of a child at the same time," she told Radar.

The care home nurse said a doctor told her of the loss when she suffered heavy bleeding.

She said: "I was under so much stress and so many emotions."

Melissa was married to Meeks for eight years before he left her this summer. The two share a 7-year-old son, who his father has introduced to Green.

Melissa has undergone a makeover since the split - even undergoing vaginal rejuvenation surgery - and jetted to Green's native England to speak on chatshows.

She has filed for divorce from her husband, and insists he should be paying her spousal and child support.

Melissa stood by Meeks when he was jailed for 27 months for possession of a firearm and grand theft.

His mug shot went viral, and the blue-eyed, tattooed beefcake was branded the Hot Felon.

On his release he signed a modelling contract and landed spots in big-name fashion shows.