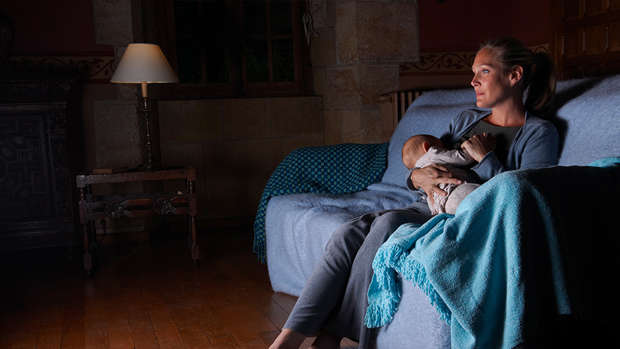 The creator of a breastfeeding advocacy group has defended her members after they unleashed on the husband of a mother who had written in about her "unsupportive" partner.

Lauren Threadgate, creator of Breastfeeders in Australia, said the woman had posted anonymously about her husband's opposition to her breastfeeding their son - only to be met with a tsunami of furious comments.

"Although all of the comments had the best of intentions, the member did not find many of comments suggesting she was being abused, or that she should leave her husband, very helpful," Ms Threadgate wrote in a post to the site, which has more than 31,000 devotees, reports News.com.au.

"While it can be triggering to hear of a fellow woman being treated by her husband in a way that we would not consider acceptable in our own relationship, if we are to help someone, we need to be able to meet them where they are.

"We need to be mindful that coming on too strong could leave someone like our anonymous member feeling like everyone is giving her a hard time, that she is to blame and that she can't go anywhere for non-judgmental advice."

Ms Threadgate told news.com.au that the woman's post had been put up in the "Ask an Expert" section of Breastfeeders in Australia's closed Facebook group, Anonymous Post.

"My husband wants me to stop breastfeeding my son," the mother's post said.

"We have daughters together, but he makes fun of my son when he cries for me, and says things like 'he's such a girl'.

"My husband also thinks I should stop breastfeeding because he says it's stopping me from losing weight. He isn't open to the idea of talking to a professional about this.

"Has anyone got any advice on dealing with an unsupportive husband?"

Ms Threadgate told news.com.au that some of the responses had to be deleted because
"although well intentioned, (they) left the mum feeling regretful of asking for help".

That's when she published advice from fellow member Gina Haitidis, who described herself as having a "degree in sociology and criminology as well as a masters in social work and forensic mental health majoring in child psychoanalytic psychotherapy".

However, Ms Haitidis' post didn't go down too well either because some members felt she was being too sympathetic towards the anonymous mum's husband.

"In balance with the other comments, Gina's reply felt like a breath of fresh air, but I can see that when it's taken out of context, it seems much harsher," Ms Threadgate told news.com.au.

"It's a difficult situation to deal with when you feel triggered by it. I know I could tell stories about my marriage that, without background and context, could make him look horrible and me look stupid for being with him, and vice versa if he told stories too."

Ms Haitidis wrote that she had "quite a bit of training in this kind of thing" and had come to the conclusion that the woman's husband was "possibly unsure of his role in your family dynamic and relationship".

Here is the rest of her expert response.

"Your third child is a boy and he as a father possibly has had fantasies surrounding the relationship he would have with his son.

"It appears (most likely because your son is still very young) that you are living out your husband's fantasises, but he is not. This could make him somewhat jealous and insecure.

"This is further emphasised through his remarks of saying your son is being like a girl when he cries for you.

"Your husbands may be saying this for two reasons - One being again he is not the first point of protection or comfort and two, he would feel somewhat left out of your special relationship.

"With respect to your weight I'm not sure of the background to the comment, but if you yourself have mentioned weight loss in the past, then this might be a way of him trying to persuade you in a positive supportive light (although it might not come across that way).

"Or if you have brought it up in a negative light, again his way of trying to somewhat emotionally provoke you to stop.

"He may think that if you stop breastfeeding, he can be with you and have possible a more confident role in both his relationship as a father and partner.

"The positive is that he is communicating his needs albeit subconsciously - maybe make him conscious of his remarks and talk through them in a safe unjudgmental way.

"We are all human at the end of the day, and some people hate the idea of "professional" help - it might be worthwhile considering a different therapeutic approach like going for a long walk together and cultivating your relationship with just the two of you.

"I would also suggest encouraging father son time, something that just they do that you and your daughters don't participate in, that's enjoyable."