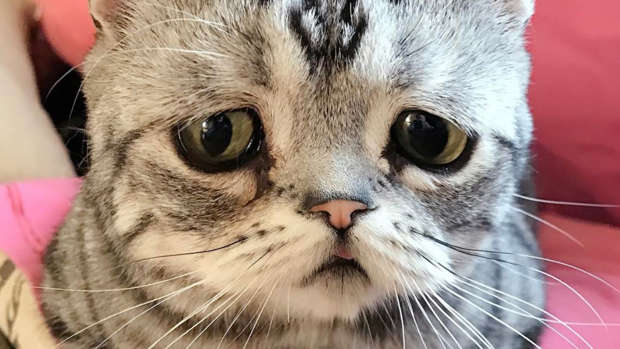 In the world of the internet's animal stars, Grumpy Cat reigns supreme.

But now another, equally doleful feline is nipping at her heels, according to the Daily Mail.

Luhu, who lives in China with her owner, is an adorable grey tabby whose features make her look permanently miserable.

And since her doting owner began sharing photos of her pet's furrowed brow on Instagram, Luhu has built up a 160,000-strong online fan base.

Here are some of Luhu's saddest - and sweetest - snaps:

#luhu:"mom is sick 🤒,i m so worry about i don't have #meatcans to eat these days..." - - #cat #cute #catsofinstagram #catofthday #angel #adorable #lovely #sadcat