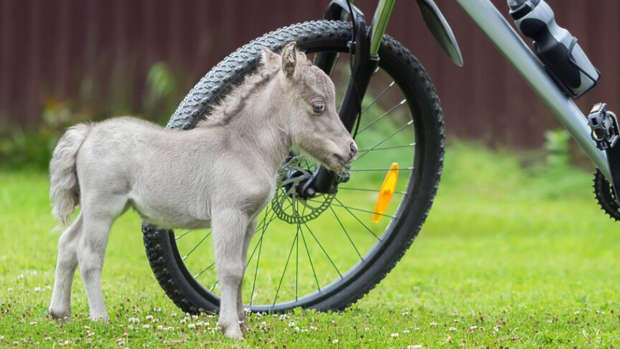 A tiny newborn foal no bigger than an average cat is thought to be the smallest in the world and is a candidate for a Guinness World Record title.

The little animal, which was born to a miniature horse, is doing well despite being half the size it should have been.

The horse measured just 31cm long at birth, and experts think it will not grow past 55cm. 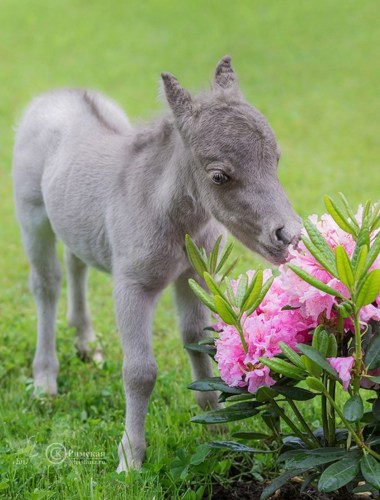 The horse, ironically named after the giant Gulliver, is now being cited as a candidate for the Guinness World Records.

His owner Elena Chistyakova, who lives in the village of Skotnoye in north-western Russia's Leningrad Oblast region, said his birth was a "miracle".

She said: "When I was told we got such a tiny baby on our farm I did not believe it.

"And then I saw it, it was as big as a cat. I was so happy, it is a miracle, the most important thing is not that it is so small, but that it is well-built.

"He is very friendly, and he behaves like a star. Very at ease. He is one unique fella." 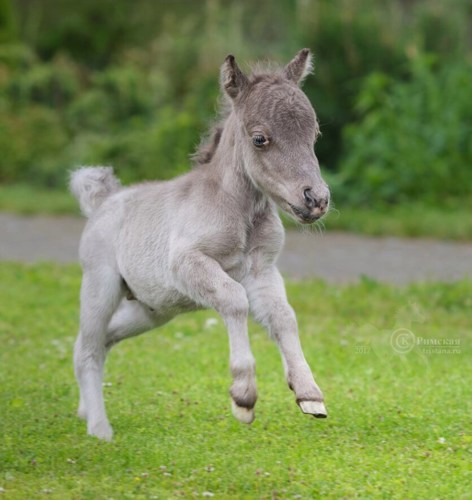 Miniature horses are usually the size of a small pony and do not grow taller than 97cms.

Gulliver is thought to be the smallest horse in Europe and America, and possibly the world.

He is now one month old and is able to be picked up by visitors.

Chistyakova said there are horses born with dwarfism whose features are out of proportion, unlike Gulliver who was perfectly formed.

She said: "There is a concept of "dwarfism" in horse breeding. These animals usually have really large heads, crooked legs, a humpbacked back, an incorrect bite, a short neck."