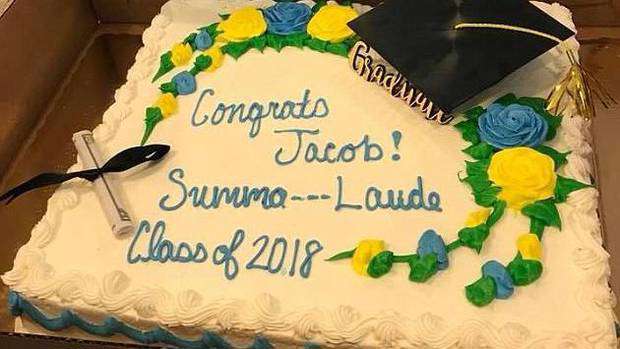 Cara Koscinski, of Charleston, ordered the $70 cake from Publix to celebrate her son Jacob graduating with the highest honours from a Christian-based home-schooling programme.

Undeterred, she added a message in special instructions, clarifying that the Latin phrase, meaning 'highest honours', was in no way rude or profane, the MailOnline reported. 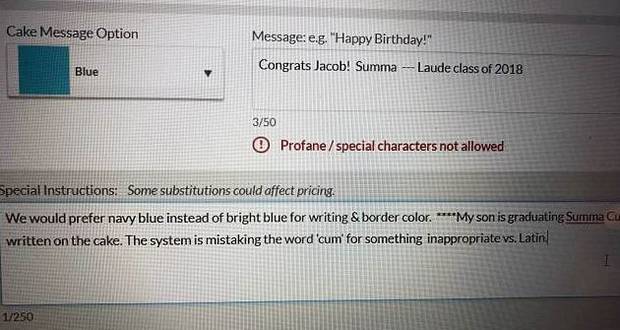 "How utterly ridiculous," Koscinski wrote in a furious Facebook post, where she explained she'd been stuck in the unenviable position of having to explain to her family, including her elderly mother, why Publix, a supermarket chain, had confused the Latin phrase with something else.

"Shame on you Publix for turning an innocent Latin phrase into a total embarrassment for having to explain to my son and others (including my 70 year old mother) about this joke of a cake. 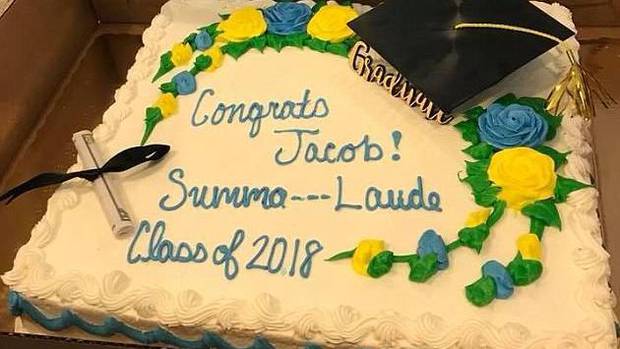 "My mother had no idea what that was! I think me having to explain it to her was the worst part!!' Koscinski, a speaker and course creator in autism and occupational therapy.

"My son was humiliated! Funny-not funny."

Jacob, who should have been celebrating graduating with a 4.79 GPA, added that his friends were in hysterics over the unfortunate mix-up.

"The cake experience was kind of frustrating and humiliating because I had to explain to my friends and family like what that meant. And they were giggling uncontrollably. At least my friends were," he told WCIV. The Publix, on Savannah Highway, east of Charleston, has since apologised for the mistake and offered a full refund.

"It's fine for us to be compensated for the cake. We're just happy that our son graduated school and has a bright future," said Cara Koscinski.

Jacob plans to major in pre-med at Wingate University.

Publix has not commented on the incident.