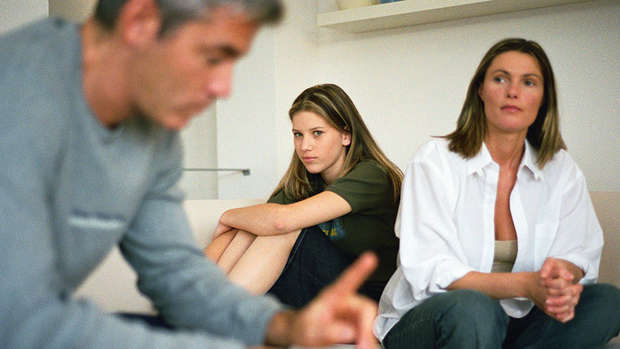 A woman has been left distraught after her two children were introduced to her husband’s new partner, just weeks after his affair was exposed.

The upset mum took to the British parenting forum Mumsnet to ask if four weeks was too soon for her young kids to process the news of the split and meet a new woman.

The mother, who had been with her husband for 19 years before they split, wrote: "Four weeks after being found out... he FaceTimed the other woman with the kids and got them to say hi."

Other parent's opinions on the forum were divided, which sparked a heated debate.

Some reacted with outrage and agreed it was too soon.

"Tell him they are not to meet her until you agree. If he can't accept that, then he doesn't see them," one mum said.

Another added: "He's putting himself first here. So painful for you and confusing for the children."

A third asked: "No not OK. Is he trying to upset his kids and you?"

While others felt the mother was using her children as pawns in the break up.

"You can't control what he does during his time with them. You are hurting, don't use the children as pawns," one woman wrote.

"He's wrong of course, to introduce a new partner before he's really got to know her... what if she was a weirdo or violent or something? BUT...you can't refuse contact," said another.