Students at a US high school made a surprising find when they tried to get a snack from a vending machine.

A sneaky raccoon was caught trying to get his hands on some delicious treats while trying to look innocent at Pine Ridge High School in the US state of Florida.

"This gentleman was apprehended today while committing a burglary of a vending machine at Pine Ridge High School," Volusia County Sheriff's Office wrote on Facebook. 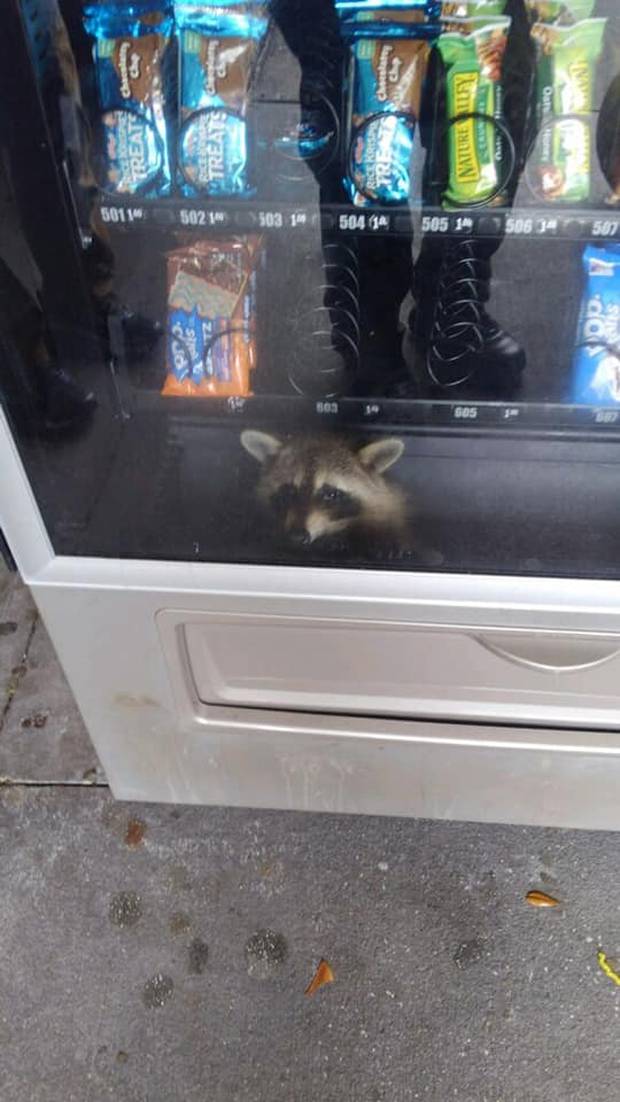 After police attended the high school they called in Deltona Animal Control to get the "offender" out of the vending machine.

Together, they put the machine on a dolly and wheeled it outside so the animal could make a swift exit to freedom. "He did so with a little encouragement, and he's off to his next adventure," police wrote on Facebook.

"So glad this little bandit didn't earn a day in court," one joked.

"Does anybody have a dollar I can borrow?" another commented.