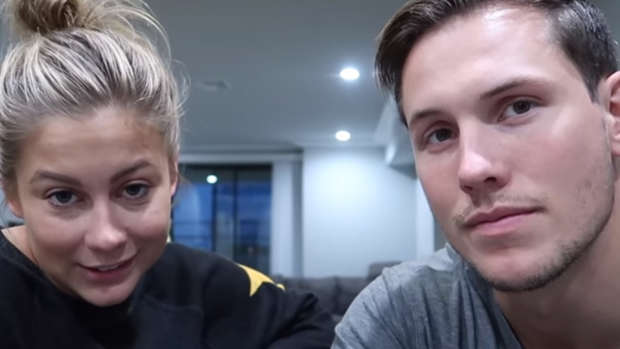 Although miscarriages can occur for roughly 10-25 percent of pregnancies, many people can feel like they're having to undergo the process alone. The heartbreak, fear and grief can be such an emotional and draining experience meaning so many women understandably process it in private.

It's important for people to know that they're not alone and that they can feel supported and comforted by the many couples who undergo the same emotional trauma.

“Today’s video is a little bit sensitive. It’s not the happiest video. But, we feel like a lot of people go through this, so we wanted to share it,” Shawn says in the video’s introduction.

The video shows their joy and excitement over expecting their first child, despite being in different parts of the country.

Before the doctor reveals the heartbreaking news that Shawn miscarried in her sixth week of pregnancy.

“pregnancy + heartbreak”. New video is up on our YouTube page. Link in bio above. This is by far the hardest video we’ve ever posted but we felt as though it was a story that needed to be shared as so many struggle with the same thing. @andrewdeast I love you more than anything in this world and I know you are going to make the greatest Daddy in the world someday. Thank you for being my rock through all of this.

Despite the saddening news, the couple says that they're remaining strong and excited for the future.

“It won’t stop us. We’ll start a family here soon.”