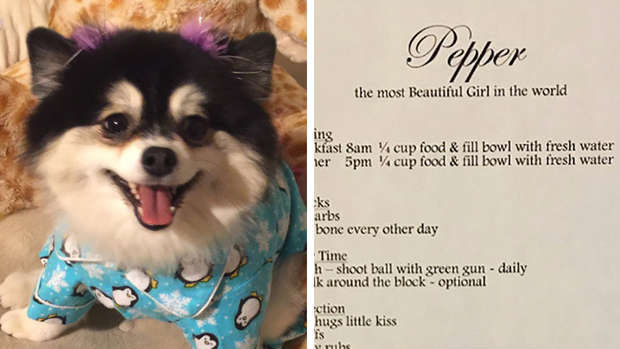 Pets are important members of the family, and for some, their pooch is like their baby ... and leaving your baby with a sitter can be a tad nerve wracking.

This proved true for one protective pet owner who left a hilarious list of instructions when she put her nephew Tommy Rivers in charge of to look after her dog, Pepper. "Pepper, the most Beautiful Girl in the world," Tommy's aunt wrote with a list of 'do's' and 'don'ts'.

My aunt is having me house sit and watch her dog and omg she's too much lol pic.twitter.com/a6t7LGFFDR

Tommy posted the two-page list to Twitter, which included the request to "send a photo of Pepper every day" and to "Face Time with Pepper so I can talk to her."

The list also stated that Pepper should never be yelled at, and that Tommy needs to know where she is at all times. 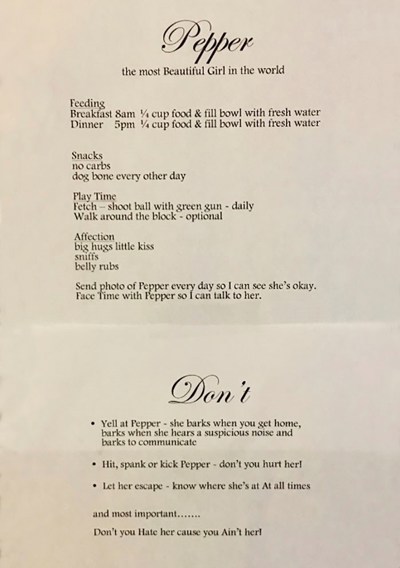 And "most importantly: Don't you hate her cause you ain't her!"

We're pretty sure Tommy must have followed all those rules because Pepper looks as happy as ever!

Update: you made her really happy and now she's going to bed lol pic.twitter.com/KkwYRDibBw