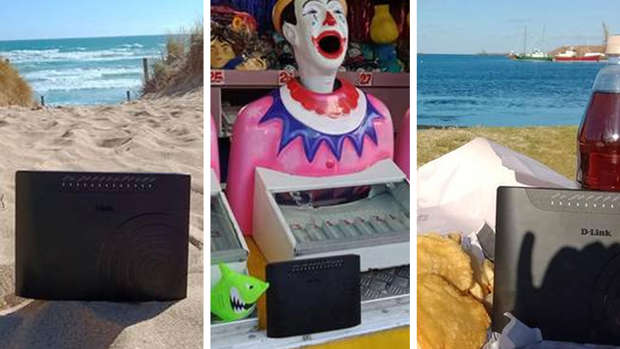 An Australian couple's actions went viral when they took their internet modem on an adventure after their three children refused to join them on their "boring" day out.

Parents Cassie and Chris were eager to take their family of five on a day trip along the Great Ocean Rd in Victoria over the weekend.

But when they asked their children if they would like to come along, they were told "that's so boring, I don't want to go".

But instead of letting that impact their day, they decided to unplug the internet modem and took the router with them for an outing.

The pair then documented their day at the beach with the modem, posting updates and images to social media.

"We asked our kids if they would like to go on a day trip to Warrnambool today and were met with the response 'that's so boring, I don't want to go'.

"Chris and I decided that instead of taking 3 unappreciative kids out, we let the ones who didn't want to go stay home and took our most overworked family member for a well deserved day out..... our modem," they said on Facebook.

"Modem had a fantastic day not being used by the kids and it was lovely not to listen to constant bickering. The only complaining was Evan being mortified that we took our modem out in public."

Cassie's post then attached 17 photos of modem's day out. 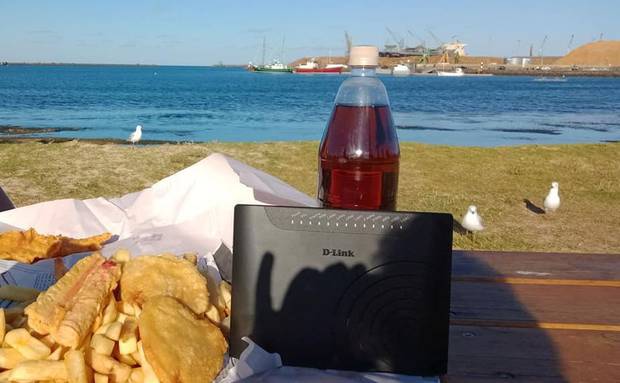 Thousands flocked to Cassie's post with many poking fun at the family's antics.

"Love it... Modem looks so happy on its day off. Wonder how the kids went with their day off," one said.

Other parents have since promised they'll do the same if their children refuse to go on road trips with them.