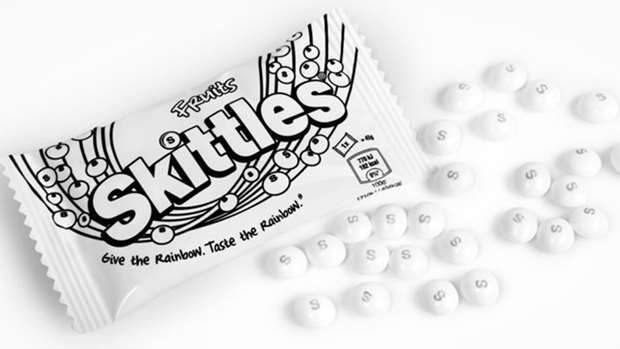 The catch phrase "Taste the Rainbow" is pretty well known, but Skittles have recently turned the concept on its head for a very special reason.

In an attempt to show support for pride month, Skittles turned their rainbow sweets white, and people online, well, they not happy about it.

So Skittles made white Skittles to show how important the rainbow is during Pride month.

Despite the obvious reason behind the change as explained by their campaign slogan, “During Pride, only one rainbow matters. So we’ve given up ours to show our support,” many are calling the candy an act of white supremacy.

Unsurprisingly, people were also calling out for a mixed bag of white and black skittles.

Wow, where is the all black Skittles? This is absolutely disgusting, a prime example of everyday white washing and I will NOT stand for it 😡 https://t.co/uVSY9ZFOtr

using the LGBT committee as a cover to practice racism in plain sight.. why couldn't it have been white AND black skittles? 🤔 https://t.co/vK6dcH4JUS

While Skittles obviously meant no harm, a lot of people aren't surprised by the response and say Skittles should know better.

Tell us what you think! Are these all white Skittles racist?