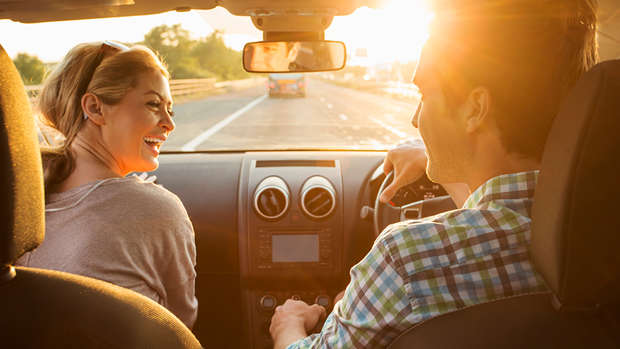 Women are often stereotyped as being bad drivers, but new research shows they are actually more competent than men behind the wheel.

Young men, regular drivers and extroverted or neurotic people are more likely to be distracted while driving, the study found.

Older women were much better at controlling their distractions and paying attention to the road ahead., the MailOnline reported.

Being distracted is estimated to be responsible for an eighth of all road accidents.

Norwegian scientists looked at how personal traits such as age, gender and personality affect driver distraction.

"A recent report concluded that distracted driving plays a part of at least 12 per cent of car accidents in many different contexts and countries, with most estimates suggesting larger numbers", researcher Ole Johansson at the Institute of Transport Economics said.

"While there are many campaigns to improve safety in traffic, little research has looked at distractions".

The first sample group was 1100 high school students from all over Norway, 208 of which were licensed to drive.

The second sample was 414 people who were taken from the general population.

The surveys looked at the frequency and type of distractions the participants experienced during driving as well as their attitudes towards driver distractions.

Mr Johansson said: "I found that young men were among the most likely to report distraction.

"Others more prone to distraction include those who drive often, and those with neurotic and extroverted personalities.

"Tailored interventions to reduce driver distraction could focus on at-risk groups, such as young males with bad attitudes to distracted driving and a low belief that they can control their distraction."

People who felt that distracted driving was more socially acceptable, or that it was largely beyond their control, were also more likely to admit driving whilst distracted.

But older women and those who felt that they could control their distracted behaviour were less likely to report a distraction, according to the study published in Frontiers in Psychology.

The World Health Organisation estimates over 50 million are hurt and one million killed in crashes with not using seatbelts or motorcycle helmets, speeding and being distracted main causing factors of these accidents.

Researchers also found the rapid growth of mobile phones could lead to greater inattention among drivers.

"As the task of driving a vehicle is mostly taxing on the systems of visual attention, any factor that draws the gaze away from the road for a significant period of time could be classified as a distractor", said Mr Johansson.

"Specifically, after two seconds of distraction, the risk of getting involved in an accident increases drastically."

Yet predicting and explaining distracted behaviour is difficult, as people often don't intend to reduce their focus on driving and may feel they have little control over it.

A previous study found women really were more proficient behind the wheel - they just lack the confidence to say it.

When put through their paces in a 2015 study, women motorists comfortably beat men in a series of driving tests.

They also performed better when observed driving around one of Britain's busiest junctions, Hyde Park Corner in London.

In the tests, men and women conformed to gender stereotypes - with men more likely to take risks, drive too close to the car in front, cut corners, go through lights on amber or talk and text at the wheel.

By contrast, women are more likely to be courteous and considerate, take care when approaching potential hazards, use their mirrors correctly and stop at lights when they turn amber.

The study by Privilege Insurance concluded: "After years of debate and banter comes the news that will have men running for cover. It is now official: women are actually better drivers than men."