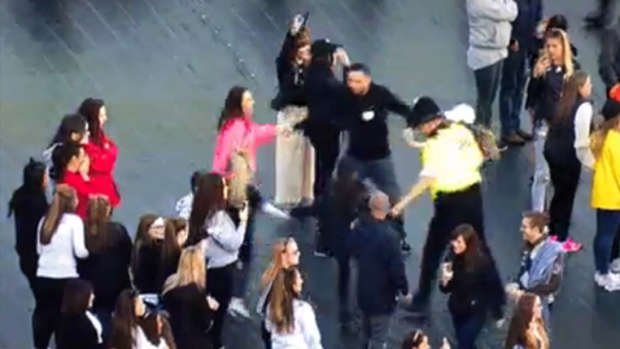 When thousands of people packed out the Old Trafford Cricket Ground to watch massive artists perform, no one expected a policeman to steal the show.

And that's exactly what he's gone and done.

During one of Ariana's songs, the camera panned down to show the officer dancing around in a circle with a group of young girls.

A policeman skipping with young fans at #OneLoveManchester. This is the moment I broke. pic.twitter.com/F7Iw871WoQ

We have some wonderful public servants in this country who deserve more recognition for the efforts they make to keep us safe and content.

I am not a very sappy person, I don't find children cute but damn this melted me

i cried when i saw this. #OneLoveManchester

The total amount raised from the concert has now reached over $2 million alone, with the total Manchester emergency fund now over $10 million.