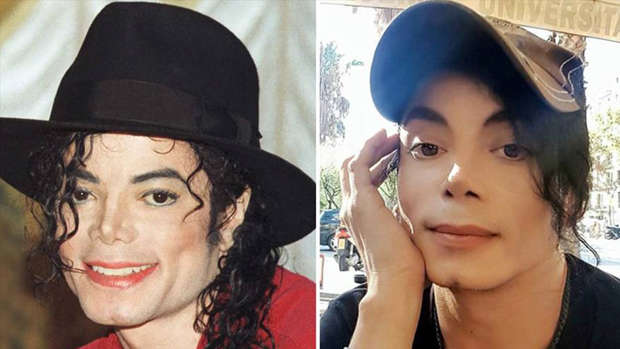 A woman left the internet in a thrilled frenzy after sharing a picture of a man she claimed was her boyfriend, revealing his uncanny resemblance to late popstar Michael Jackson.

Lourdes Zavaleta, 21, took to Twitter to share an image of the Thriller singer's doppelganger, and was quickly bombarded with replies from fellow users gleefully quoting Jackson's lyrics at her in a series of very cheeky - and very entertaining - puns according to DailyMail.

y'all my man is so cute, look at the selfie he just sent me 😍😍 pic.twitter.com/VHbnk5xLM3

'Y'all my man is so cute, look at the selfie he just sent me,' Lourdes captioned her original image, which shows the man sitting in his car, wearing a baseball cap, and showing off some incredibly remarkable facial features to Jackson.

Lourdes, who goes by the Twitter handle Gossip Grill, posted the photo with the caption, 'Y'all my man is so cute, look at the selfie he just sent me,' followed by a series of heart-eyed emojis.

And her 22,900 Twitter followers, mesmerized and shocked over the doppelganger's astounding resemblance to the Black or White singer, dusted off their favorite Jackson lyrics to reply with some witty jabs.

'Does he rock with you all night?' one Twitter user asked referencing the 1979 hit.

'So Billie Jean was pregnant with Michael's son?!' another cleverly wrote.

'He won't stop til he gets enough,' another added referencing the Don't Stop Till You Get Enough single.
'He wanna be starting something,' a Michael Jackson fan shared.

While Twitter was having a hoot cracking jokes with The Jackson Five member's top hits, only a few people in the comments knew that the man in question wasn't really Lourdes' love.

In reality, the young girl had no idea who the man was, it was a photo she found online that she posted as a joke between friends.

'Unfortunately he's not actually my man. I found his picture on Twitter,' Lourdes confessed to Daily Mail Online.

'The post was just a joke between my friends and me. I posted the picture to be funny and I didn't think so many people would see it and believe it,' she added.

The man in the picture was really Sergio Cortes, a Spanish musician who travels the world as a Michael Jackson impersonator and performer where he sings, dances, and of course remakes the most iconic poses of the King of Pop.