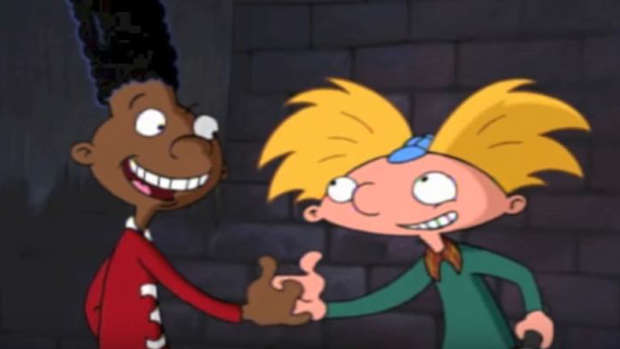 Over the weekend it was revealed the popular Nickelodeon kids show, 'Hey Arnold' would be returning to our screens.

So we couldn't help but wonder what the actors were up to now...

Call him a model, or call him a hipster, Lane Toran, who voiced Arnold, looks very different to what you'd imagine a former cartoon voice looking like.

The 34-year-old is now a musician, actor, and a voice actor. One look at his Instagram account and it's pretty easy to see that he likes being in front of a camera now, instead of the usual microphone.

Check out a few more of the snaps that he's put on the gram here:

Gotta keep the beard in check for #NoShaveNovember. @artnaturals Beard and Stache Oil is the 🗝 Check the link in bio ;) #protip #organic #crueltyfree

I love having a glass of wine while I write. This one is from @darkhorsewine A rosé that's crisp and isn't sweet like others. Highly recommended 👌🏼#darkhorserosé #teamdarkhorse

Just got another amazing custom piece by @billdabutcher. Seth tried to gift it but there's no way I won't pay for his art so I sent him a lil somethin with @circlepay. #circlestory #supportart #sponsored