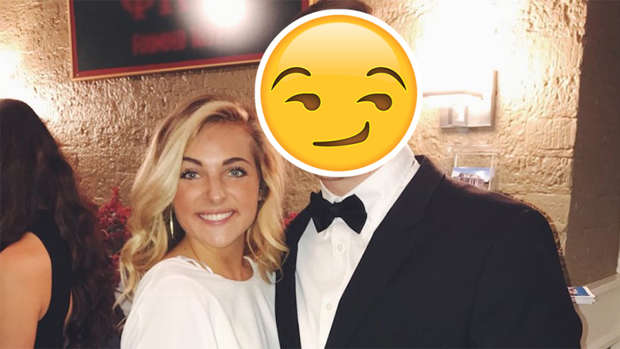 Breakups can be hard, other times they can be hilarious.

One woman proved the latter after she dumped her date for supposedly calling her "disgusting".

Taking to social media, Miranda - who goes by the Twitter username @Mandy_Rose99 - shared the greatest dig at her ex, joking how she had "successfully dropped 200lbs (90kgs)" along with a before and after photo that cut cropped him out of the pic. Other users on Twitter commended the blonde beauty for ditching the guy who disrespected her.

I think it was the extra 200 lbs that were disgusting cause the second picture looks so much better without them! Making the fam proud😘

I love this! Know your worth! Ps you are stunning.

I think you need to gain a healthy 165 now 🤔😉😂 pic.twitter.com/aTcGQXupTO

I mean... it’s disgusting how perfect you look. He’s scum if he can’t see that🤷🏻‍♀️ good for you for knowing your worth!!! btw falsies or mascara? cause I’m jealous of those lashes lol.

However, not everyone was on her side.

A few other users supposedly close to the situation inferred that Miranda's date had called her drunken behaviour "disgusting" rather than Miranda herself "disgusting".

it’s really funny when no one knows the ACTUAL truth about what happened. calling someone’s actions disgusting is not the same as the actual person...

Either way, it seems Miranda is happier without the extra weight.