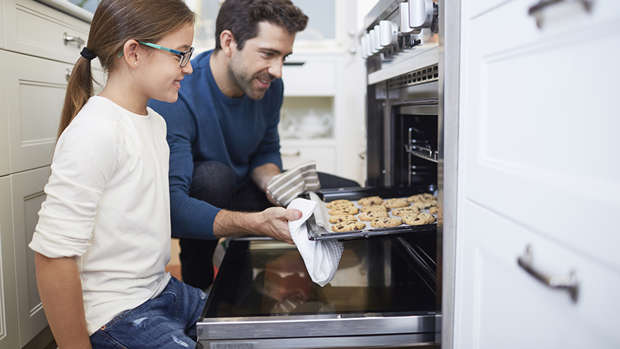 Pretty much every single recipe includes the line "Preheat the oven to 180ºC."

So what makes that exact temperature so special?

It turns out there's a scientific reason why...

And it's a little something called the Maillard reaction.

The Maillard Reaction - named after French chemist Louis Camille Maillard - is the chemical process that gives foods a complex flavour profile and it's appealing golden-brown hue.

According to the Royal Society of Chemistry book, "without Maillard chemistry we would not have a dark bread crust or golden brown turkey, our cakes and pastries would be pale and anemic, and we would lose the distinctive color of French onion soup."

Put simply, it's the reaction of proteins and sugars caramelising together unlock tasty new molecules, which only happens around the temperature of 180ºC.