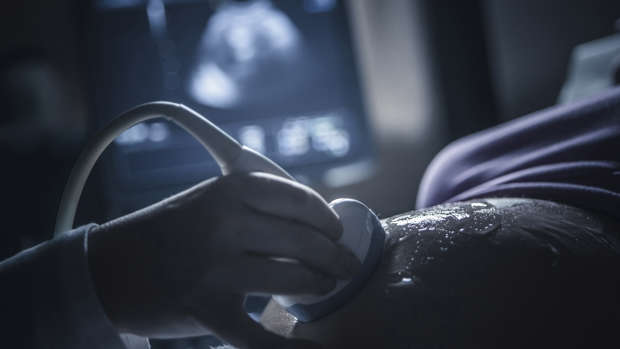 Some people would admit that they're a little timid when it comes to scary movies. But what would you do if those movies became a reality... and the scary character appeared to be your own unborn child?

Australian woman, Sharni Turner got a pretty big fright when she went for a baby ultrasound.

The result of the ultrasound wasn't exactly what a normal one looks like that's for sure...

My ultrasound technician decided to do a front face image of my baby and it was the most terrifying thing over ever seen in my fuckiNG LIFE pic.twitter.com/k1k3u6vyEE

Rather than a regular scan of an unborn baby in the womb, the technician decided to scan her unborn son's face instead

She shared the image on Twitter and it went viral, but she certainly did get a surprise when the result of the ultrasound wasn't what she was expecting.

The results were, how shall we say it.... Demonic.

Sharni shared the image on Twitter and it quickly became a viral hit, but it certainly wasn't the kind of image that she wanted to see.

Speaking to UNILAD she said: "I was on the watching the screen with my auntie who joined me for my ultrasound appointment and the baby was sleeping and just not doing much like we needed it to do the measurements properly. We tried heaps of things to wake him up and all of a sudden we got that face and I was just like ‘that’s terrifying’ it was pretty hilarious! But I don’t think he enjoyed being woken up."

As you can imagine, the internet had quite a bit of fun with the image, but so did Sharni.

When he became the winning sperm pic.twitter.com/ObK28zua8X

That looks like a baby transformer you got in there

Thankfully he’s a lot cuter from the side pic.twitter.com/jmPx3kkQ08