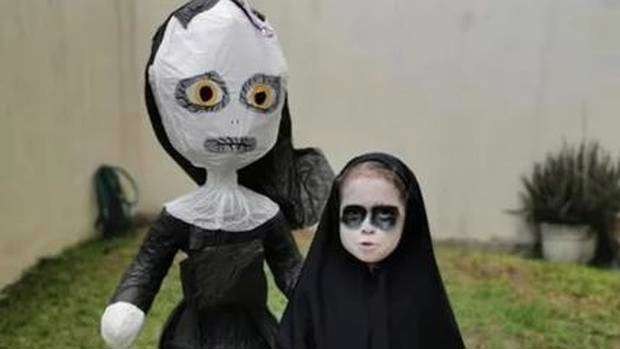 When asked what she wanted for her third birthday party, one little girl revealed she had her heart set on a theme darker than most would expect.

Nevermind common favourites such as fairies or Frozen, 3-year-old Lucia Brown wanted her celebrations to be based on 2018 horror film The Nun.

According to Good Morning America, the toddler surprised her mother, Laura Brown, by requesting a party based on the movie, part of the horrifying The Conjuring franchise.

Apparently, little Lucia caught a glimpse of the film when she was at her grandmother's house, then requested that she watch it for herself.

"[Lucia's grandmother and her father] told her it wasn't a cartoon, but she insisted," her mother told Good Morning America.

Afterwards, the toddler told her mum she knew exactly what she wanted to do for her party.

The Nun is set in the 1950s and delves into the origins of the inhuman spirit, known as Valak - the same ghost that tortured ghost-hunters in The Conjuring 2.

But Lucia's insistence won out and her mother gave her the horrifying birthday she wanted. 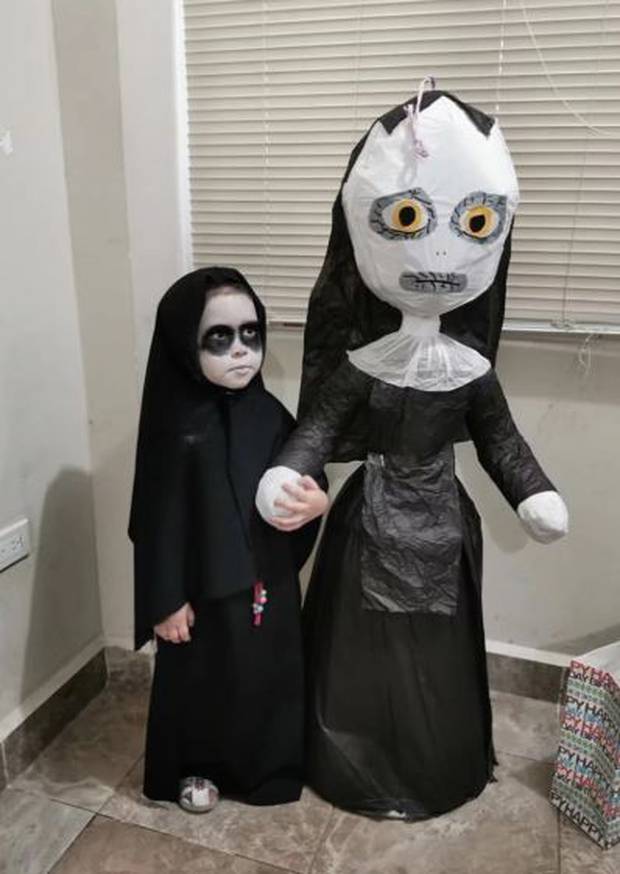 Pictures from the birthday party on June 3 show tiny Lucia wearing a Valak costume, her white face painted with large black circles around her eyes.

She even had a cake featuring Valak's face.

Lucia's cousin, Andrea Villarreal, tweeted photos from the party: "So it was my cousins (sic) 3rd birthday and instead of having a normal theme she chose this."

She continued: "And if anyone was wondering yes her friends also participated in the theme."

It caught the attention of the creator of horror films Us and Get Out, Jordan Peele. He tweeted the post asking, "Does she have a Godfather?"

Villarreal responded: "She does but he will forfeit the rights so we can hand them over to you." 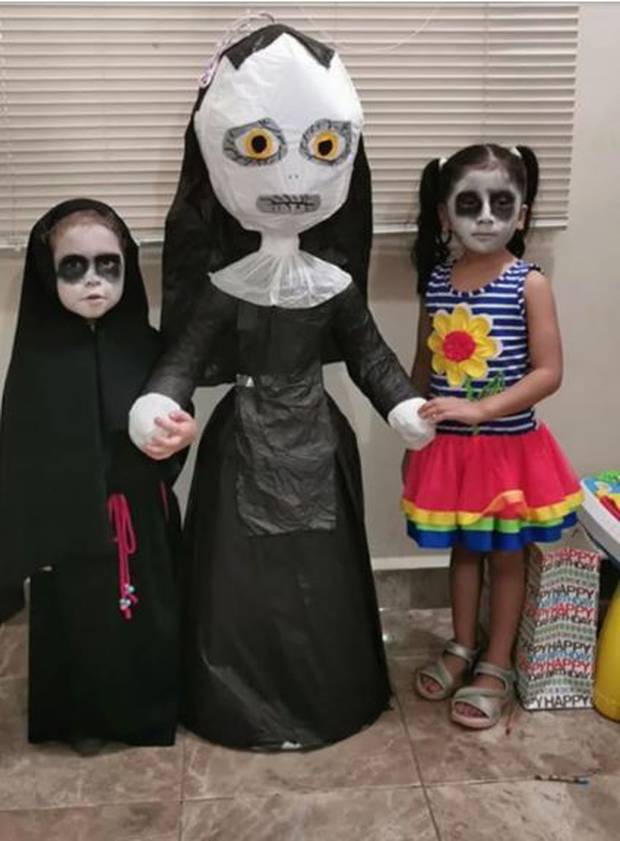 Her mother posted photos and videos from the celebration to Facebook, revealing she'd decided to have a good sense of humour about the situation.

"Like when your daughter turns 3, and her favourite character is the nun," she wrote in a Facebook post the day after. "Everything is to see her happy!!!"

"Her parents did not question it at all. They were very supportive of her wanting this theme, especially because Lucia was very persistent," she told the newspaper. "They had to go out of their way to make the pinata and cake special for the occasion because as you can imagine, those aren't popular requests."

She also said her cousin's obsession with the character was unexpected. The child hadn't previously shown an interest in horror films.

She explained: "I know people see The Nun and get scared, but Lucia tells her mom that nun is protecting her."