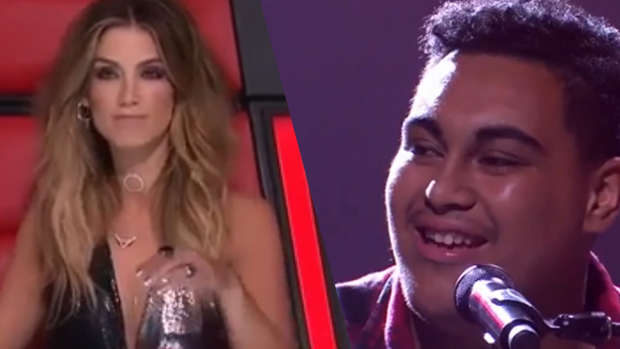 We love it when our own New Zealand is plastered up for the world to see, we especially love when our cuzzies across the ditch *whispers* the aussies *whispers* tell our stars how great they are!

A Kiwi teen has stunned the judges and audience with not just his incredible blind audition on The Voice, but his heartbreaking journey to get to where he is today.

While he sparkled on stage, it is his story of hardship and that left viewers with teary eyes.

The Kiwi teen revealed he grew up living in one bedroom with his entire family, often having nothing on the table.

But it's that hardship he said that has driven him to want to succeed.

Talking to 9Honey, Partsch said despite having very little, he still has a positive outlook on life.

Following his performance, Boy George compared Partsch to Stevie Wonder, while Kelly Rowland told him "You're the reason I sing".

Partsch chose Boy George as his coach and mentor to take him through further rounds.

He is tipped to go far in the competition, with many viewers saying he has a bright future regardless of how far he progresses in The Voice.