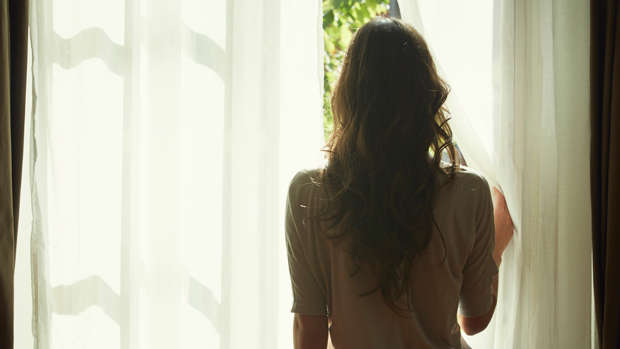 A woman has sparked a lively debate after revealing that she often sees her new neighbours naked - because they never shut their curtains.

Posting on Netmums, the mother explained she had seen the couple in their 20s getting changed in their bedroom on a number of occasions, adding that their windows are 'quite close together', the Daily Mail reports.

She questioned whether she should post a friendly letter through their door, to let them know their window was visible to others - but admitted her husband had told her to 'leave it alone'. 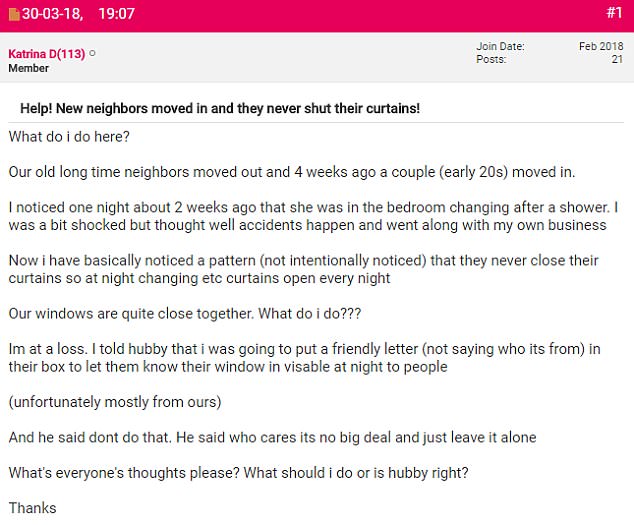 Other members of the parenting forum were quick to react - with some arguing she should just draw her own curtains if she was bothered by it.

Explaining her dilemma, the mother, posting under the username Katrina D, wrote: 'Our old long time neighbours moved out and 4 weeks ago a couple (early 20s) moved in.

'I noticed one night about 2 weeks ago that she was in the bedroom changing after a shower. I was a bit shocked but thought well accidents happen and went along with my own business.'

'Now I have basically noticed a pattern (not intentionally noticed) that they never close their curtains so at night changing etc curtains open every night.

She added: 'I'm at a loss. I told hubby that I was going to put a friendly letter (not saying who it's from) in their box to let them know their window are visible at night to people.

'[H]e said don't do that. He said who cares it's no big deal and just leave it alone. What're everyone's thoughts please?'

Many said they wouldn't confront their neighbours if they were in the same situation, with some admitting they themselves often get changed without closing their curtains.

One wrote: 'I personally wouldn't. I never close my curtains either except for bedtime, I have a quick peek outside to make sure no one is about before stripping off in the day.'

Another added: 'Their home their problem. Not sure why you'd think to do anything about [it]?'

Other suggested that she should simply close her own curtains, with one commenting: 'Just close yours, and [you] won't see whatever they are up to'.

However, other Netmum users had more sympathy, admitting they would be annoyed if their neighbours were constantly walking around naked.

One commented: 'I think it's disrespectful, to be honest, and it only takes a minute to shut your curtains... I would definitely put a note on the door.'

Others suggested that it might be better to speak to the neighbours directly to voice her concerns.