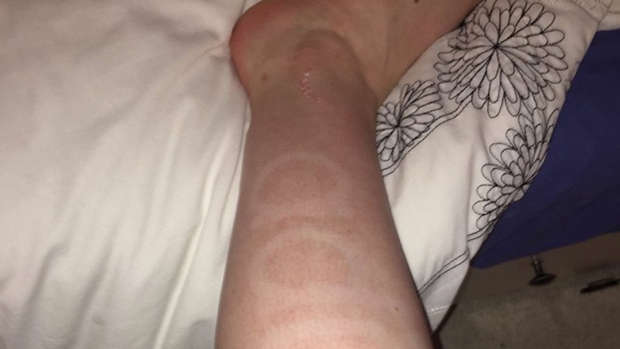 One woman learnt the hard way why you should never work out after having a fake tan.

Twitter user Eve, revealed that she was left branded with the Adidas logo when she hit the gym after applying the fake tan.

"That’s the last time a work out with tan on," she wrote along with a photo of her leg emblazoned with the activewear branding.

that’s the last time a work out with tan on btw ahahah pic.twitter.com/1y291bdZYw

But it turns out Eve isn't the only one to make this tanning error.

The company didn't seem phased by Eve's tanning fail, in fact, they seemed to think it was great.

Well, this is definitely a hilarious cautionary tale for all of us: sweat and fake tan DO NOT mix.