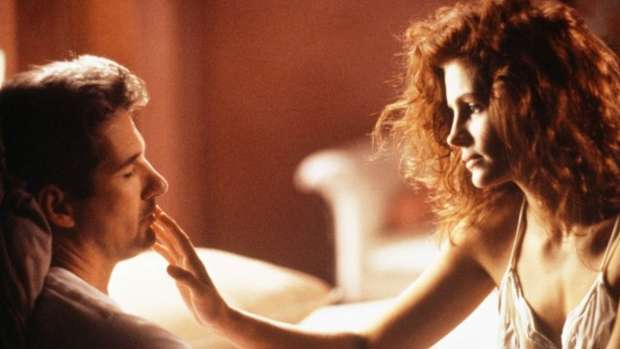 Ferrari and Porsche declined the opportunity of product placement in the film. None of the brands wanted their cars to be associated with picking up prostitutes. Lotus Cars UK, however, grabbed the opportunity and witness a significant increase in their sales after the film's success.

In one scene, Roberts sings in the bath tub sliding down and dunking her head under the bubbles. She got so involved with the act and the music that when she opened her eyes, every crew member around her had left, including the cameraman.

The red over-sized coat that Julia wears in many scenes of the movie was bought from a movie usher on the street for just US $30, shortly before the filming started.

In the original script, Vivian was supposed to be a drug addict but later on they opted for a light-hearted film.

In one of the movie scenes, the homeless man that Edward asks for directions is actually the director, Gary Marshall.

The necklace that Roberts wears to the opera was worth US $250,000 at the time. A security man from the jewelry store was constantly on guard behind the director while filming the scene.

The original title of the movie was $3,000 as that was the amount Edward agreed to pay Vivian for a week in the film.