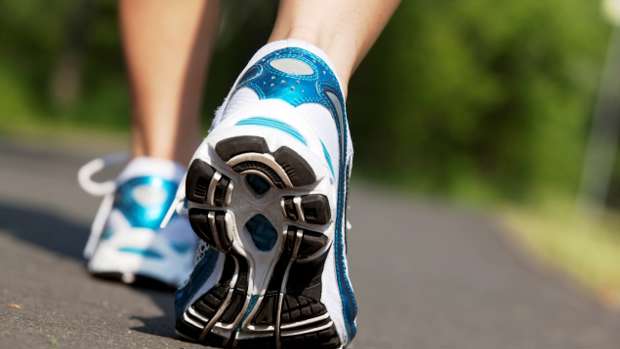 If you see Sarah furiously walking around Hawke’s Bay at the moment, don’t be fooled into thinking she’s trying to get fit, lose weight or anything sensible like that. She’s simply in a very aggressive competition with her mother and sister.

This obsession began earlier this month on Sarah’s birthday when Heather (Sarah’s Mum) bought her a nifty little personal tracking device.  Once the friendly salesman  advised Heather that people with the same device could sync them and take part in challenges, Heather’s old personal tracker was passed on to her youngest daughter, she bought a new one for herself and the race was on!

While there are quite a few thing these gadgets will do for you (including letting you know just how badly you slept last night) their main purpose is to count how many steps you do each day, with a goal of hitting at least 10,000.  Sarah likes to think of herself as being rather fit and anticipated that she would be crowned the daily winner, or if not first at least second – surely she could out walk her Mum!

How wrong she was.

It turns out Heather is actually a walking machine who has beaten (and often doubled) Sarah’s distance every single day!  At the end of last week Sarah had had enough of being the loser and in a last ditch effort to take out the week, walked Te Mata Peak for hours, only to still end up 12,000 steps behind her Mum’s daily total.  Martin is concerned that Heather’s legs will soon fall off and if Sarah tries to keep up she may actually die from too much walking.

After some research, he discovered there are several ways to add distance to your tracker without actually moving. An electric knife is handy, as is the jiggly thing they use to mix paint (technical term) but to really get your step count up, expert cheaters suggest putting your tracker in the dryer and letting it run the equivalent of a marathon for you, in the time it takes you to watch 3 episodes of Shortland Street (taking care not to strain yourself whilst operating the remote control).

Sure it sort of defeats the purpose of using a personal tracker, but when you have a Mum as dedicated to walking as Sarah’s mum, anything and everything has to be considered.