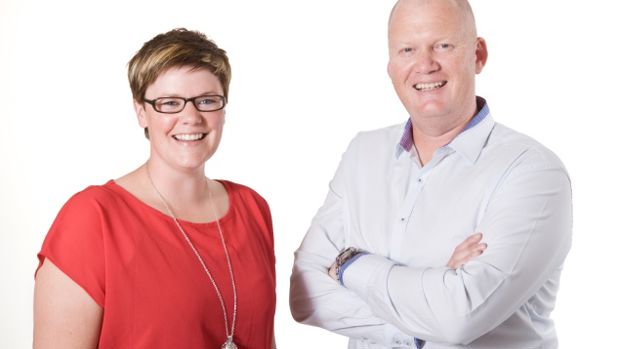 As part of our job, we have the privilege of visiting a different Hawke’s Bay classroom every week and hanging out with the kids.

We hand out prizes, answer their questions and ask them a question and record their answers to play back on the radio.  With the Big Day fast approaching (just 15 sleeps ‘til Christmas!) last week we asked the kids on one of these visits, “If you could give one gift to every single child in the world, what gift would you give?”

Obviously there were the materialistic answers like money, an Xbox, a TV etc, but we were blown away by the kids that really thought about what some children might really need. One child answered that she would like every kid to have enough food. Another commented that she would like to give them the gift of going to school.  How refreshing to know that there are children in Hawke’s Bay who are aware that others in life are not as fortunate as they are.

And especially nice to hear considering when we asked another class what they most wanted for Christmas a few weeks ago, the most common answers were a Smartphone and an Ipad. Not either or, they want both!  I’m sure we weren’t so greedy as children….cough cough.

It’s great to see New Zealand once again centre of the world stage as the last installment of The Hobbit hits screens around the world.  Peter Jackson has finally got his own star on the Walk of Fame, right outside the Dolby Theatre where the Academy Awards are held. Talk about prime Real Estate!

As many New Zealander’s prepare for a late night tonight with midnight screenings across the country, we’ll be tucked up in our beds. Not because we have to be up early for the breakfast show, but because there’s no point watching the final installment of a movie trilogy when you haven’t seen the first two.  Apparently, it’s actually quicker by about 3 hours to read “The Hobbit” than to watch Peter Jackson’s movie trilogy so perhaps we should pop down to the library for a bit of “light” summer reading.

We haven’t seen The Lord of the Rings either, but please don’t tell anyone that, it’s just embarrassing.  And no, we don’t want the box set left under the tree...we’re holding out for a smart phone and Ipad.