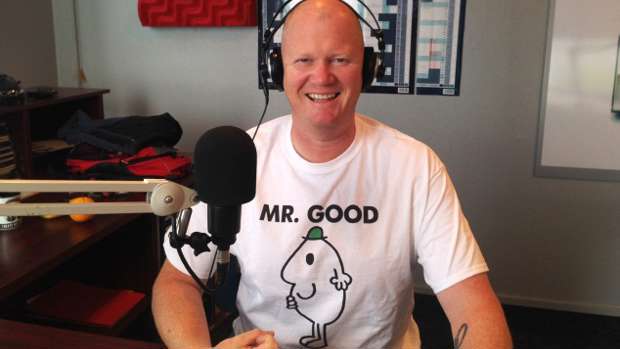 As soon as we start playing Christmas songs on the radio, all the grinches come out from their little grinchy holes and tell us how much they hate Christmas.

They hate the songs, they hate the decorations, they even hate it when people wish them a Merry Christmas because that just reminds them what time of the year it is! Not us.

We love Christmas. Not to the point where we want to start celebrating it mid August like a few of the shops around here, but come December, we’re all about the festive season.

Last week we had the pleasure of giving away beautiful gift baskets to some very deserving people around the Bay. Parents, partners, in-laws, workmates, we even had people nominating others they didn’t personally know, but who always take the time to smile and ask how they are and just generally make their day a little better. It was amazing to read all the stories and we’re only sorry we couldn’t make them all winners, because they all truly are.

Nothing gets you into the Christmas spirit quite like giving and even Sarah got into the swing of things this week. Not usually stingy in the present department, she seems to have an aversion to gifting Martin anything. She did give him a toy Batmobile for his birthday once, but then insisted he gave it back as she had only borrowed it from one of the kids.

And there was the Christmas he received a lovely bottle of Jim Beam, complete with Christmas ribbons and a pretty bow…but Martin insists this doesn’t count as Sarah was actually given it by work and simply passed it on to him.  So imagine his surprise when he was given a brown paper bag by Sarah (she’d gone to the effort of buying a gift, wrapping it was going a step too far) and inside was not a joke present, but a lovely t-shirt. A t-shirt with the words “Mr Good” and a picture of the Mr Good character emblazoned on the front. Martin has been wearing it round with pride and people who know his last name is Good have admired it everywhere he goes.  Of course, for people who don’t know his name, they just think he’s a sad 40-something guy wearing a Mr Men t-shirt out in public. Either way, it’s a win for Sarah.