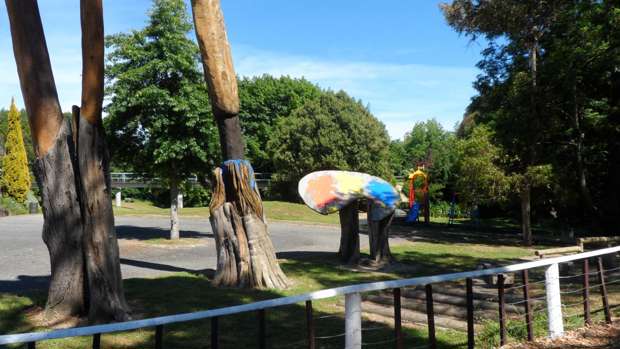 Part of the historic Keirunga Gardens in Havelock North have gone up in flames.

A massive fire broke out just before 11.30 last night.

It quickly escalated to a fourth alarm, meaning there were nine fire appliances called ... as well as specialist support vehicles.

Initially it was trees that were reported on fire, but fire fighters quickly found a building that's thought to be a flat and workshop was also ablaze.

It's been seriously damaged.

It's not clear how the fire started - and a specialist Fire Service investigator's being called in because of how bad it was.