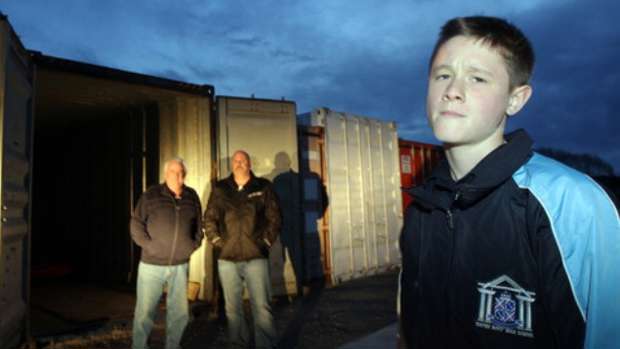 A go kart raced by the son of motor-racing champion was among more than $40,000 of go karts stolen, alongside a specialised racing-team trailer, from a raceway near Hastings at the weekend.

The Praga go kart was stolen early on Sunday morning with six training karts used by the Hawke's Bay Karting Club to introduce people to the sport at its Roy's Hill Raceway, off SH50, just west of Hastings.

Murphy's father and club vice-president and former president Kevin Murphy believes the enclosed trailer and purple-and-yellow racing kart were "a bonus" for the thieves who broke into several shipping containers, apparently targeting the karts and equipment known to be stored at the raceway.

The kart used by 13-year-old Ronan Murphy was only at the track overnight because there was a practice day on Saturday and a club day on Sunday, when the young teen was to have raced in the Junior GP series run by KartSport Hawke's Bay. 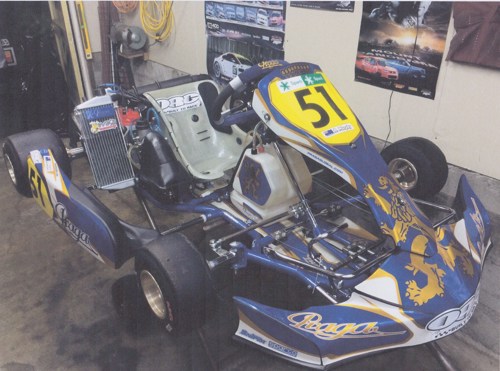 The other karts were used for the clubs Have A GoKarts programme, which was introduced three or four years ago as a ground-level way of revitalising the club with new members.

Club officials were alerted after a police officer noticed a council gate to the Roy's Hill park, neighbouring the raceway, was open about 2.15am, and then found a gaping hole in the club fence.

Club president Craig Spargo and his wife headed to the track and discovered the five locked shipping containers had all been opened and the training karts had gone.

"It was gutting," he said. "They definitely came with the right tools." He was unaware until later that the Murphy team's kart and trailer had also gone.

While club members tried to recall if there had been unfamiliar faces around the track in recent times, a special focus was the movements of any large vehicles on SH50 early on Sunday, and on the steel-sided trailer, which had a yellow black and green KartSport sticker and also the number 51 on the top right-hand, rear corner.