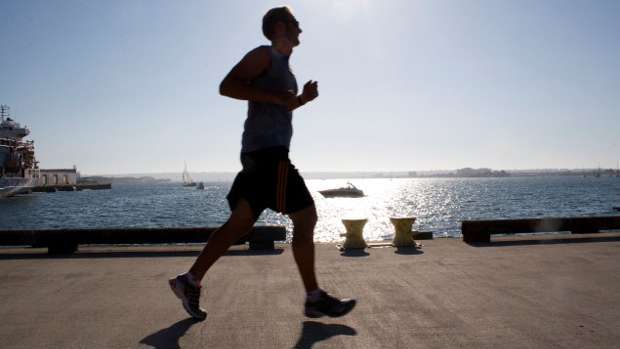 Too much jogging may be as bad for you as not putting on your running shoes at all, a report in the Journal of the American College of Cardiology says.

Scientists studied more than 1,000 healthy joggers and non-joggers over a 12-year period. Those who jogged at a steady pace for less than two and a half hours a week were least likely to die in this time. But those who ran more than four hours a week or did no exercise had the highest death rates.

Analysing questionnaires filled out by all the people in the Danish study, scientists concluded the ideal pace was about 8km/h and that it was best to jog no more than three times a week or for 2.5 hours in total. People who jogged more intensively - particularly those who jogged more than three times a week or at a pace of more than 11kmph - were as likely to die as those who did no exercise.