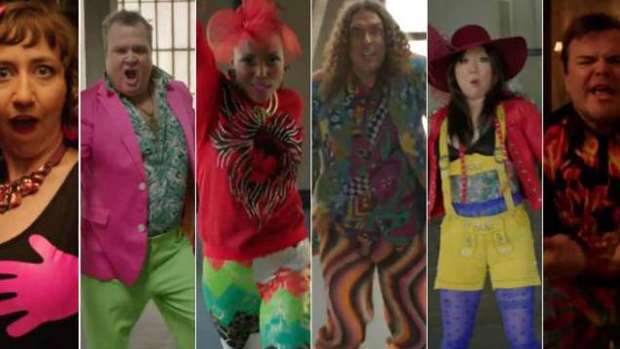 Pharrell’s "Happy" was a huge hit, so naturally Weird Al Yankovic put his own special touch on it with a parody called "Tacky."

The parody expert released a music video to go along with "Tacky" featuring appearances from some familiar faces like Jack Black (who shows off his twerk skills!), "Modern Family's" Eric Stonestreet, and more.

Check out all the tackiness in Weird Al's "Tacky" video HERE