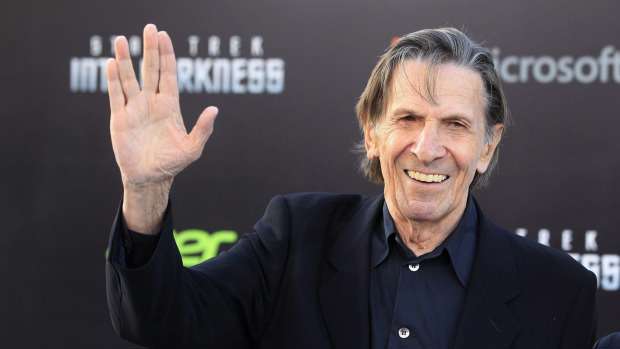 Leonard Nimoy, the actor behind one of pop culture's most famous and distinctive fictional characters, the half-human, half-alien Mr Spock in the Star Trek television series and films, has died. He was 83.

He died on Friday (overnight, NZT) at his home in Los Angeles, the New York Times reported, citing his wife, Susan Bay Nimoy. The cause was end-stage chronic obstructive pulmonary disease, which he attributed to the cigarette habit he had quit 30 years before.

As the Vulcan science officer Spock, Nimoy was part of the Star Trek crew of the fictional USS Enterprise on its five-year mission in the 23rd century "to seek out new life and civilisations, to boldly go where no man has gone before".