Just ahead of the official launch Estelle spoke with kiwi muso, jewellery designer and now chair artist, Boh Runga to get the low down on her getting all crafty for Bowel Cancer NZ.

Now we can see her chair masterpiece 'Phoenix' and bid on it via the TradeMe Auction. 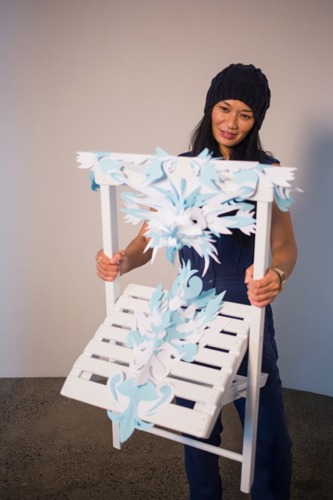 She's joined by other kiwi designers/artists/celebs including Dick Frizzell, Flox, Tanya Carlson and Reuben Paterson who have all come on board to help raise awareness of New Zealand’s most common cancer during Bowel Cancer Awareness month this June. 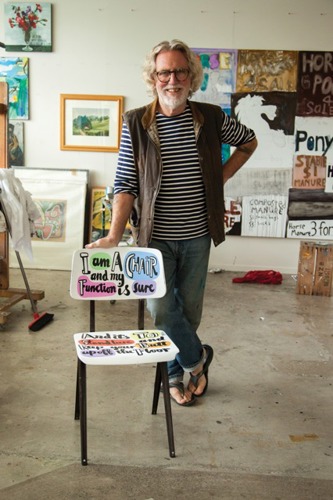 By applying their substantial talents to the humble chair, each artist has created unique and individual works of art to symbolise the diverse range of New Zealanders affected by bowel cancer.

The facts about bowel cancer are sobering.

According to the Ministry of Health, New Zealand has one of the highest incidences of bowel cancer in the developed world. Every year more than 3,000 New Zealanders are diagnosed with bowel cancer and over 100 Kiwis lose their lives to the disease each month.

Bowel cancer is curable in more than 75 percent of cases if caught early, but the country does not yet have a national screening programme.


In Budget 2016, the government announced the rollout of a national screening programme, but is yet to commit to a timeline for the rollout as well as ongoing funding.

Check out the amazing chairs and auctions HERE