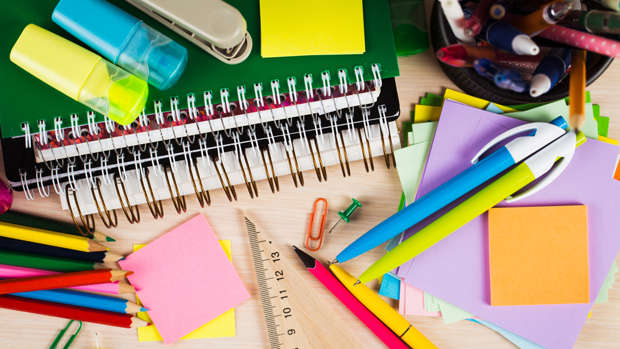 It's that time of year when stationery lists are getting sent out and parents start collecting the items their kids will need for the new school year.

But have some of these lists started to get a bit ridiculous?

According to an article in the NZ Herald, required stationery can quickly add up and end up costing almost $60, with several items becoming marked for "communal" use.

"You buy stationary that doesn’t just live in the pencil case, it goes into a communal pot and everyone gets to use it," Sarah explained this morning.

Toni went on to reveal that her daughter, Juliette, did one term of school near the end of last year and had to leave all of the items on her stationery list in her classroom.

"So you’re right, they are communal and I was like, 'that’s so weird' because you definitely wouldn’t have used all of those.

"They know all the little rascals are going to lose their whiteboard markers, and they’re like, 'if we get them to bring four, at least there might be one left come December'."

What do you think – should school supplies, paid for by parents, be communal?

Listen to what they had to say here: