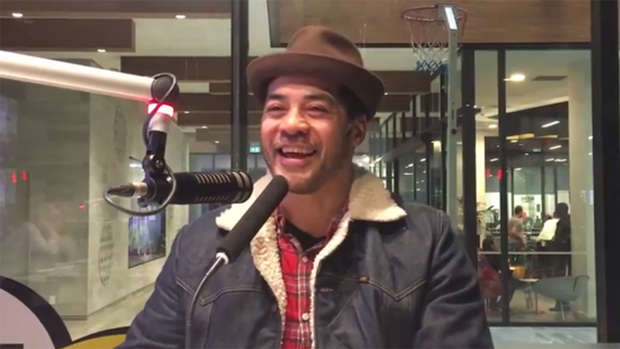 Wentworth star Robbie Magasiva has had one of his weird childhood secrets revealed.

The actor joined Sarah, Sam and Toni in the studio and the crew decided to get some of the goss about younger Robbie from his siblings.

Quite a few secrets were revealed, but there was one that completely took the cake.

As it turns out Robbie had a weird thing he liked to do as a kid in Samoa: Poo off the edge of bridges!

Check out Robbie's priceless reaction as Sarah tells the story on behalf of his brother Miki Magasiva.

Listen to Robbie's full interview below: