Celebrity Treasure Island winner Sam Wallace has no regrets about his time on the competition and reckons his rivals underestimated his competitive spirit.

On finding the treasure in a box buried behind a prop headstone, he seemed genuinely elated to have won the game - and a huge donation for the Starship Foundation.

"I can't hold it back, and I'm unapologetically competitive," he said. 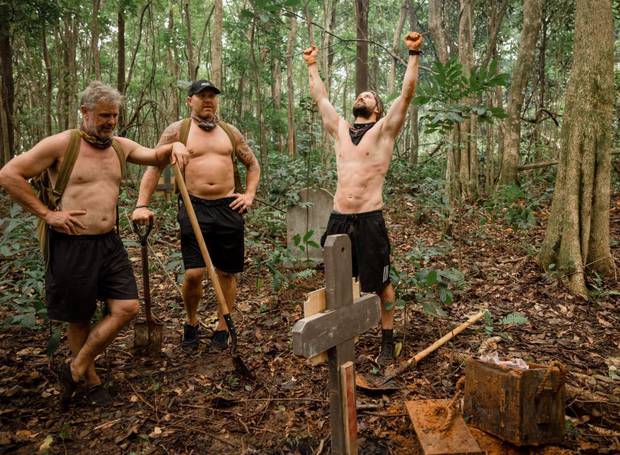 Wallace, who co-hosts The Hits breakfast show with Laura McGoldrick and Toni Street, says he was delighted to help Starship, crediting the hospital with saving his nephew's life.

"My wee nephew Beau had a couple of heart surgeries and we know if it wasn't for those doctors and everything they do he wouldn't be alive. It's that simple.

"So from our family, the Wallaces, to be able to go, 'here's $100,000 to hopefully help some other kids like that', it feels like we're giving back to an institution that has helped us so much."

Before anyone judges me for the way I’m playing @celebritytreasureisland know what I’m playing for! This is my nephew Beau Charlie. Two heart surgeries at @starshipfoundation saved his life! #haters #jogon

Wallace took home $105,000 for the foundation, thanks to an additional $5000 win in a charity challenge.

The victory capped a classic reality TV redemption story for the former weatherman.

He was branded the villain of the Fiji-set show after just the third episode when he accused fellow contestant Moses McKay of attempting to drown him during a water challenge.

Later there was a blow-up with Shannon Ryan over who got a buoy into a basket, which fuelled a rumble over their team's next captain.

Wallace has admitted even his partner was shocked by his behaviour on the show.

"You know, someone has to be a villain," he says.

"I think Shannon got pretty upset at me for constantly putting her up [for elimination], but it's the ultimate compliment because I literally didn't want to be against her.

The final day of @celebritytreasureisland and did it with a puzzle! The sweetest win so far!

"To be criticised as competitive, you can look at that in two ways ... they can have the fair play award, I'll have the winner's award."

Wallace says it was a dream to be up against Cameron and Freeman in the final, for two reasons.

"They are the most remarkable people … but I could also see their weaknesses," he said.

"I knew Shane [Cameron] wasn't particularly good at puzzles, and Gary couldn't swim so straight away I saw I had advantages over them."

The final episode was "insane", he says, not least because producers made the stunning revelation that the treasure was on a different island to the one they'd been competing on.

"We end up swimming and going on what every 12-year-old boy or girl would think is the ultimate treasure hunt," says Wallace. "You know lighting fires, slinging slingshots, weaving your way into a cemetery, diving out to islands, digging up graves."

Such a proud moment for me, so stoked to win $100K for @starshipfoundation ... @shane_cameron_nz & The Wiz.. you are legends... not gonna lie kinda glad it’s over! #celebritytreasureisland

He knew immediately when he found where the treasure was buried.

"Every time I put the spade down, you could tell it hadn't been dug up. I put my shovel on the other side of the grave and I just hit soft dirt. I just knew it was different, and I did about three or four shovels and then I heard the thud.

"I said, 'I think I've got it', the cameras just come crashing in from everywhere. I keep digging, and I was shaking so much there's this wooden box and I can't get the lid off, and it finally opens up and the $100,000 is in there!"

Despite his competitive nature, Wallace says his tactic was to be terrible at challenges in the early phases. 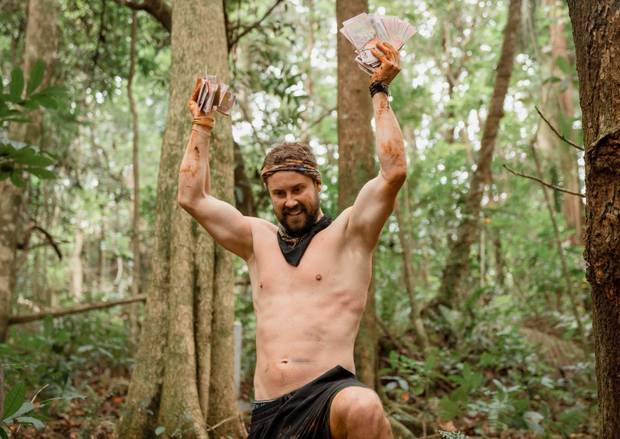 "I think it worked perfectly because everyone started to underestimate me. I didn't get put up for elimination challenges, I wasn't seen as a threat … and then I started to sting."

While he was ready for the show to end, he's thankful for the incredible experience and would be raring to go if an all-star edition ever happened.

"We were hungry, we were depleted, we were dejected ... I started at 89kg and I finished up at 79. This is the most remarkable thing I've ever done." 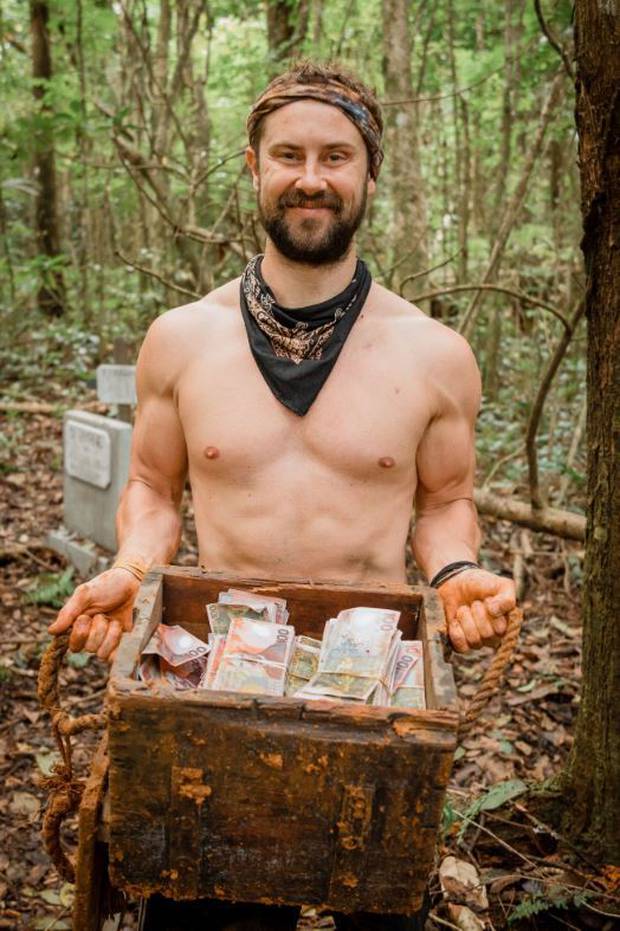