Toni Street and the surrogate mother of her next child have opened up about the workings of surrogacy on The Hits this morning.

Street and husband Matt France announced their surrogacy plans earlier this year, after Street found she could not carry any more children due to an auto-immune disease.

But thanks to her childhood friend, Sophie Braggins who offered to be a surrogate for the couple, they will welcome their third child in August. Street and Braggins spoke openly about the arrangement on air this morning, with the surrogate fielding tough questions about how the process works.

Just before flying to Auckland for the 30 week scan today, Braggins was questioned about her attachment to the baby, how the pregnancy was going, and the costs associated with surrogacy.

Braggins, who has two children, said she was feeling good about bearing a child for her best friend, but occasionally thought of the child as her own. 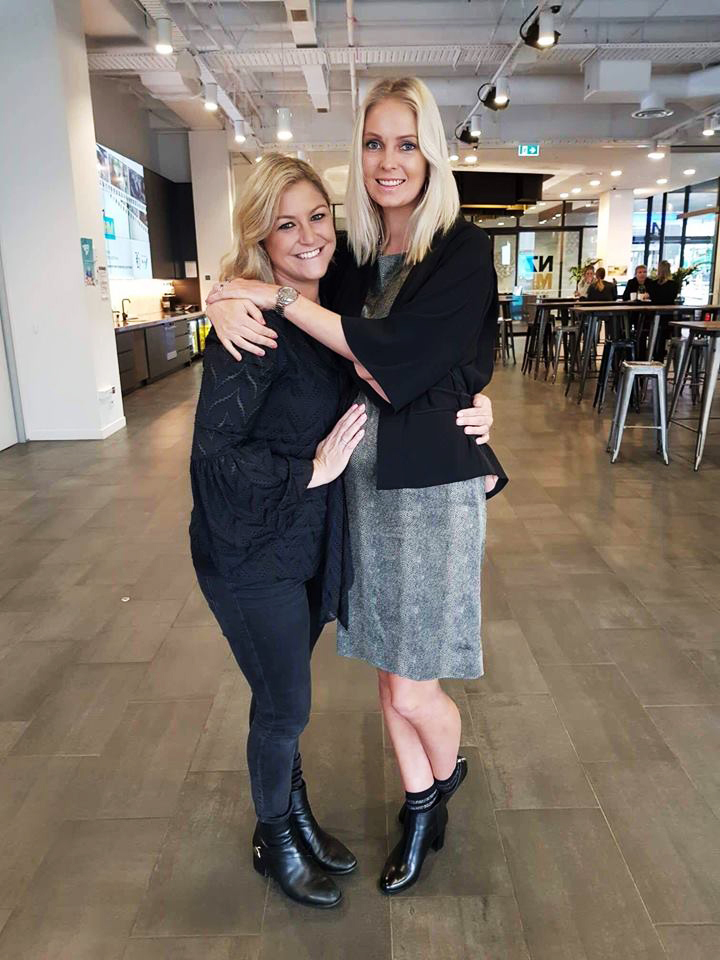 "I do have moments where he does feel like mine. I think it is just biological because he is growing inside me and although my logical side says this is Toni and Matt's baby, I have moments when I think of him and think 'I love you little boy'," she said.

"I am really happy with feeling like that and I know where he is going in the end."

Street said she was thankful her friend, and the carrier of her child, had feelings towards the baby.

"Because it means she wants to care for this baby and love it like I do," she said.

Toni explained the process of surrogacy, stating the egg was donated by her, the sperm by her husband Matt, and Braggins is acting as the "carrier" or the "oven".

When questioned about whether she felt nervous about the birth and handing the child over, Braggins said she was more excited and looking forward to the birth.

"For a number of reasons, one because I get to pass this beautiful little boy on to Toni and Matt, but also then my responsibility is gone and I have done my job and it is back to regular life for me.

"I have my two kiddies and I am perfectly happy. I guess there will be a lot of emotions but I think the excitement will overshadow everything else."

The two laughed about the size of the baby, with Braggins saying she thought it had a big head.

"In the scheme of how pregnancies can go, I feel really lucky but he does feel like he could potentially be a very big boy," Braggins said.

She said she had been treating the pregnancy just like her own children, and being cautious of what she ate and drank.

"I am so worried of mucking up in some way so I am desperate for some soft cheeses, sushi and maybe a glass of wine a little later down the track but I have been pretty strict."

The women also discussed the ins and outs of the finances surrounding surrogacy.

Exciting news for Matt, Juliette, Mackenzie and I... We're having a baby due in August! We're incredibly blessed to have my childhood friend Sophie Braggins carry our precious bundle for us, and to have the unwavering support of her husband Michael. My battle with the auto-immune disease Churg-Strauss means I can't carry another baby myself, so we're extremely lucky to have such a special and selfless friend offer to be a surrogate for us. #heartisfull #babyboy 💙💙💙

Braggins said the process hadn't cost her anything, other than her body, while Street and France were covering all costs associated with the pregnancy.

"At the beginning there were all the obvious costs, like $12,000 for the IVF, $4000 for the obstetrician, and then there is accommodation for when Soph is up here and those sorts of things," Street said.

"You actually have to be quite on to it to remember all the day to day costs because you are not living it like you are when you are pregnant.

"The entire cost from start to finish, we think is around $30,000 and that includes the IVF, the implantation, the cost of the lawyers and councillors."

Street was diagnosed with Churg-Strauss syndrome in 2015, and after two years of treatment, the radio star is in remission - but the syndrome can reappear without warning.

Last year, a doctor told Street that pregnancy would be too risky with her condition.

Street and France, both 34, are already parents to two daughters - Juliette, 5, and Mackenzie, 2-and-a-half.

The couple said they wanted to share their story to raise awareness around surrogacy in New Zealand and to clear up any misconceptions about their choice to go down that path.