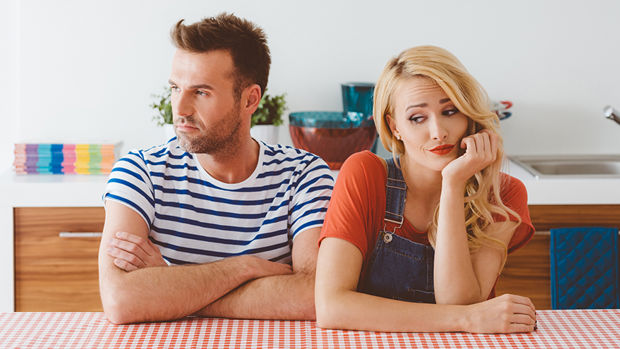 Here's the real truth about human relationships: the majority of us have been taught to fail in our relationships, no matter how much we want them to succeed. To top it off, much of what we’ve learned about relationships, from TV, movies, books or talking with friends and family – is just not true!

The sad fact is: you have a better chance of surviving cancer than making a relationship last "until death do you part". Unfortunately, this is caused by the fact that we are not taught the communication skills we need to make our relationships last. Many of us had poor examples of how adults behave in a relationship, so we have been programmed to act and react in the same ways. 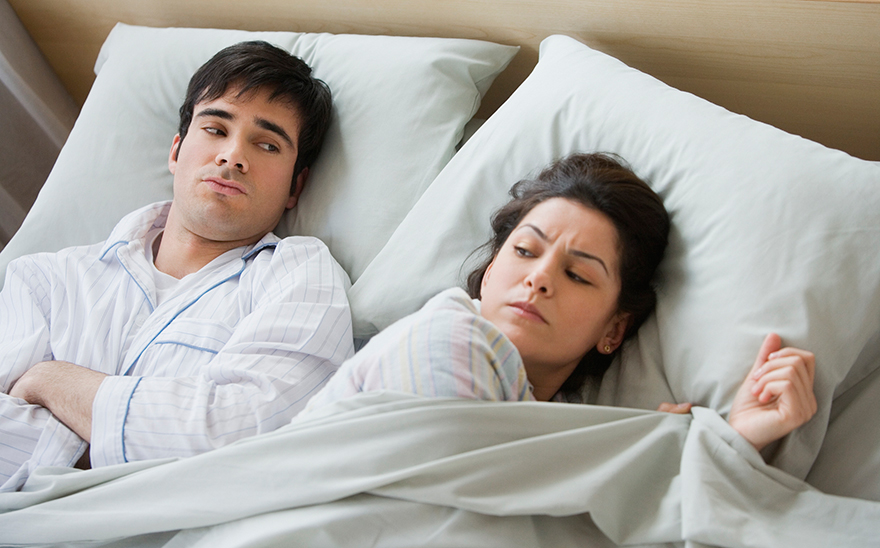 He can predict which couples will eventually divorce and which will stay together based on the ways couples interact, after watching a couple for only five minutes, with 94% accuracy.

He can make these predictions so precisely because he has discovered which behaviours will lead to a breakup of the marriage. He has pinpointed the signs that a couple will most likely suffer a future break-up and what traits keep them together.

There are certain signs and attitudes which Dr Gottman looks for to predict relationship breakdowns. They include harsh start-ups, criticism, contempt, defensiveness, stonewalling and failed repair attempts. When these traits are present in a relationship, especially more than one, then there’s a very high probability that the relationship will not endure.

The signs Dr Gottman says to watch for are:

Criticism is the act of finding fault or judging harshly. Dr Gottman distinguishes between criticism and complaints because one partner will always have some complaints about the other. Complaining about your partner is normal. However, the way you go about voicing these complaints is significant. When you criticise your partner, you attack your partner’s personality or character, usually conveying that you are right and they are wrong.

Trying to make them fit your idealised notion of the perfect partner – is not acknowledging the fact that you may not be the perfect mate yourself. Criticism includes sweeping statements such as "you always ...", "you never ..." and "you’re the type who ...". Try using "I feel ______, when you ______." With these words, people don't feel as attacked and why would how you feel be wrong? Criticism is very common in relationships, and when used often, can lead to another attitude to look out for: contempt. Contempt is a feeling of disdain or scorn. Classic contemptuous comments made by partners include insults, name-calling, hostile sarcasm or ridicule, as well as aggressive body language and tone of voice: sneering, rolling your eyes, making faces. Contempt is the worst of the culprits because it conveys disgust to the person it's aimed at. This may cause conflict to increase and escalate. It’s difficult to resolve a problem when the message being sent is that one person is disgusted with the other.

The person may not even be aware that they are expressing contempt; they might have grown up with a parent that acted this way. When we become upset, we tend to slip into subconscious patterns from childhood that may be contradictory to our ideal behaviour. Usually, when one partner expresses contempt, the other partner becomes defensive, which is another sign to look out for.

Defensiveness occurs when you see yourself as the victim and attempt to ward off a perceived attack. When partners are defensive, they are not open to learning and are also not able to access the vulnerable feelings underneath. Becoming defensive is a very common response many people have when they feel criticised and are trying to protect themselves, but the trouble is that it never helps solve the issue at hand. Defensiveness is a way of not taking responsibility and counterattacking.

As a result, the problem is not resolved and the argument escalates instead of calming down. Some classic defensive responses are:

The growing conflict usually causes one partner to tune out the other, and is the sign that stonewalling, has arrived. Usually, when criticism, contempt and defensiveness are used in an argument, following a harsh startup, one person will tune the other out. 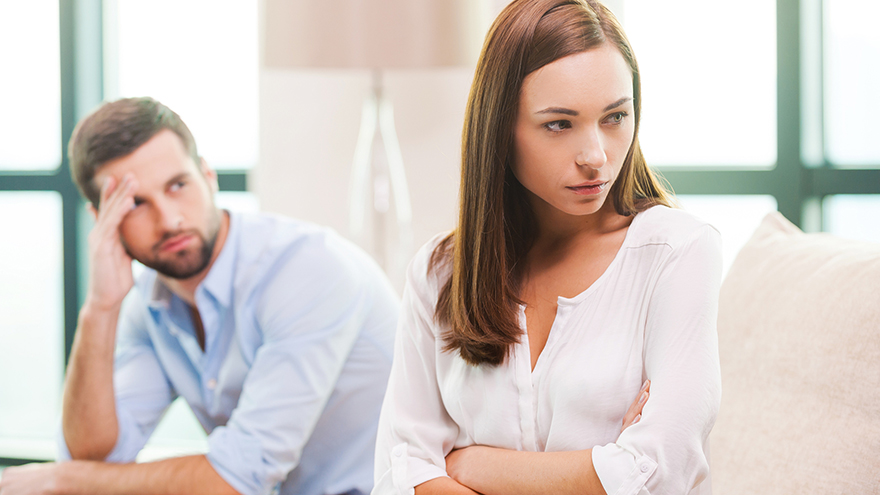 Stonewalling is a way to avoid the feeling of being overwhelmed that usually results when a conflict increases. The stonewaller tends to ignore their partner, shutting down and not show signs of receptiveness, which makes their mate even angrier. Each of these signs can predict a breakup by themselves, but normally they are found together in an unhappy relationship.

Flooding is another sign that a relationship is in trouble. "Flooding means that your spouse’s negativity – whether in the guise of criticism or contempt or even defensiveness – is so overwhelming and so sudden, that it leaves you shell-shocked" - Dr John Gottman

Physiological changes in the body, for example, an increase in blood pressure, the secretion of adrenalin, and an increased heart rate corresponds to flooding. These physiological shifts in the body makes it impossible to sustain a calm conversation. Your capability to process information is weakened, which means it’s harder to concentrate on what the other person is saying.

Your problem-solving skills disappear and what you’re left with is your most kneejerk, reactive responses: to fight (to behave in a critical, contemptuous, or defensive manner) or flight (to stonewall).

A discussion when to one or both people become flooded is destined to fail. As a result, the issue at that time is very hard to resolve. Many people defend themselves from feeling flooded by disengaging or stonewalling. This emotional disengagement can protect one from these intense feelings of negativity, but at the same time, it can also lead to relationships breaking up. Taking a time out to cool off is very important once things get heated.

Another sign that a relationship is heading for a break up is when one partner’s attempts at repairing the conflict is ignored. Repair attempts are when someone tries to rectify the dispute. The happy couple’s secret weapon is "repair attempts". This can be any method of stopping the negative feelings from escalating.

So, if any of these interactions are present in your relationship, what can you do?

Using a calm and kind tone of voice and words will always help keep a conflict or issue from escalating and make your partner more likely to see your point of view.

Couples who avoid saying every critical thought when discussing touchy topics are consistently the happiest.

Happy couples have high standards for each other even as newlyweds. The most successful couples are those who, even as newlyweds, refused to accept hurtful behaviour from one another. The lower the level of tolerance for bad behaviour in the beginning of a relationship, the happier the couple is down the road.

Learn to repair and exit the argument

Successful couples know how to exit an argument. Happy couples know how to repair the situation before an argument gets completely out of control. Successful repair attempts include: changing the topic to something completely unrelated; using humour; stroking your partner with a caring remark (“I understand that this is hard for you”); making it clear you’re on common ground (“This is our problem”); backing down (in marriage, as in the martial art Aikido, you have to yield to win).

In general, offering signs of appreciation for your partner and his or her feelings along the way (“I really appreciate and want to thank you for.…”). If an argument gets too heated, take a 20-minute break, and agree to approach the topic again when you are both calm.

Focus on the bright side

In a happy marriage, while discussing problems, couples make at least five times as many positive statements to and about each other and their relationship as negative ones. 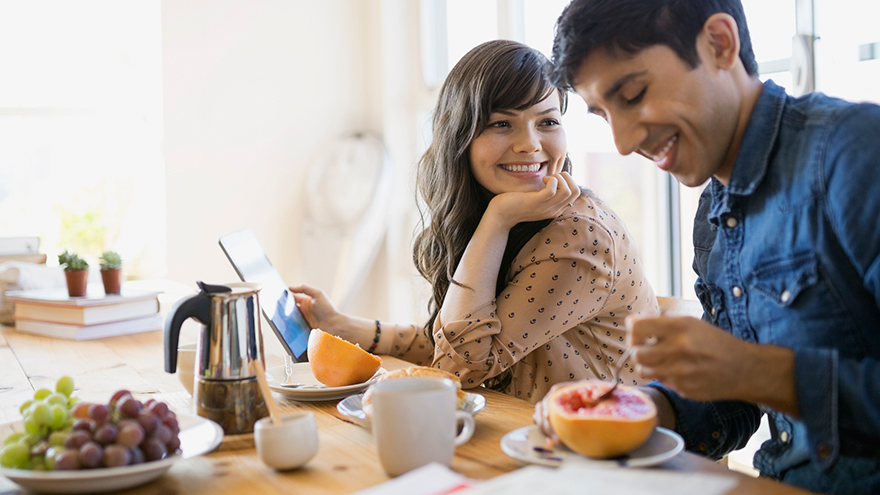 Many of us believe that the fault lies with our partner; if only they would change their behaviour, everything would be fine. The truth is, you can’t change anyone besides yourself. If you change, the people you interact with change as well.

Staying calm during conflict is one of the most powerful ways to keep a discussion from spiralling out of control. I know, I know, easier said than done. There are many different techniques that can help you access that place of calm and not get sucked into the same destructive patterns.

Relationship Therapy, Hypnotherapy, Couples Counselling, Meditation, Eye Patch Therapy, Deep Breathing, Visualisation are just a few tools that can help shift our thoughts and behaviours towards how we’d like to be.

The Seven Principles for Making Marriage Work: A Practical Guide from the Country's Foremost Relationship Expert  by Dr John Gottman

What Makes Love Last?: How to Build Trust and Avoid Betrayal  by Dr John Gottman