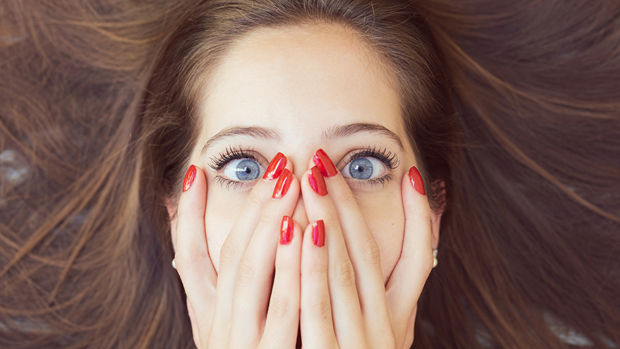 Welcome to Caroline Cranshaw's Sealed Section where she answers your most burning questions.

Warning: The following gets pretty raunchy!

I’ve just starting see this guy, everything is amazing. Except for the size of his penis. It’s really really small. I almost laughed and rolled over when I first saw it. What do I do?

Poor men with small penises! I’m sure it was disappointing for you, but how small are we talking? I always was lucky to have boyfriends that were well endowed and to be honest, when I met a man who wasn’t I would blow him off as I thought the sex wouldn’t be good. I was a firm believer in the saying “you can’t make butter with a toothpick”. The problem was I never actually had sex with the men I thought were too small to find out if that was true.

Fast forward a few years, and I start dating a lovely guy who had pretty small one, maybe 3 inches hard. I liked everything about him, so I decided since I had never actually had sex with a small penis, I might as well try it out. And I was shocked to find that the sex was great! It made me realise that it’s more about the lover than the size of the penis.

Good positions to make the most of a smaller than average penis are placing the woman’s legs on the man’s shoulders during missionary position, from behind doggy style, or, when the woman’s on top, place a pillow under the man’s bum to raise up his pelvis. I wouldn’t discount a small penis; it could end up being the best sex you ever had.