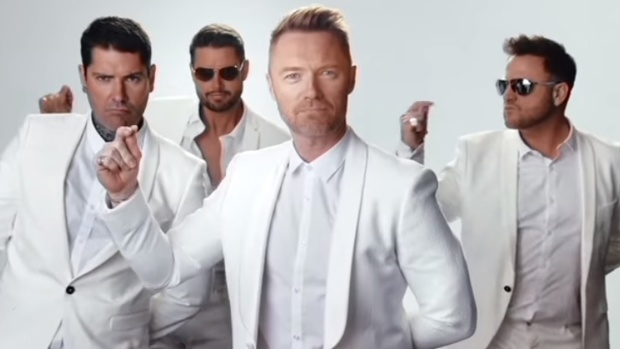 Boyzone have released their second single off their upcoming and final album 'THANK YOU AND GOODNIGHT'.

Because was co-written with Ed Sheeran, a long time friend of Ronan Keatings, performing at his wedding back in 2015.

I was a little concerned on the direction of the music video to accompany this song at the start with the boyband whites but it's a good twist on where they've come from (pretty much taking the mickey out of themselves) and looking into the future with all that life throws at us. Definitely got the anthem feels here guys.